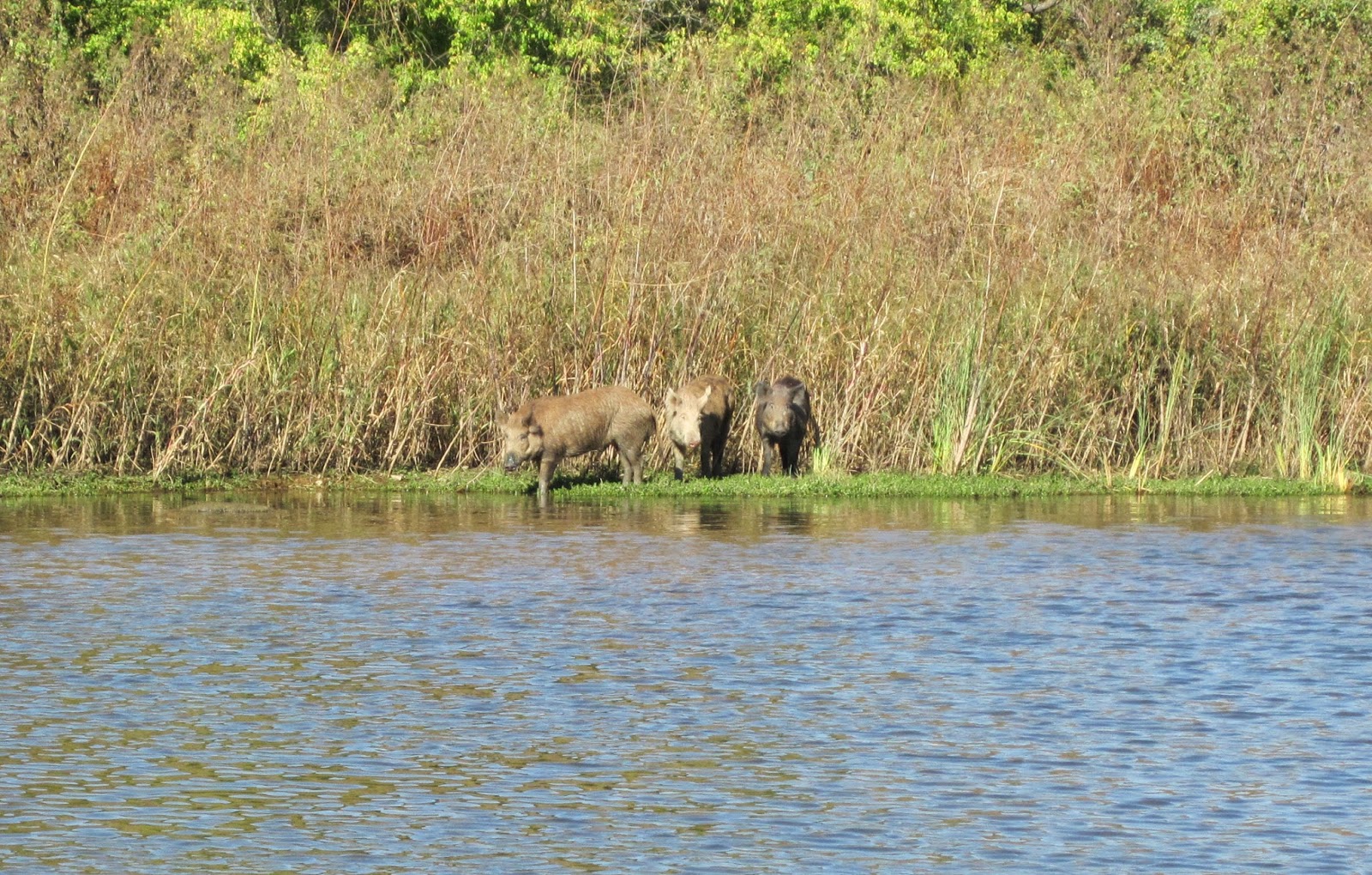 The morning started off with a fish smacking bait in a seam. After several cast with a crease fly this nice striper got his lip pierced. Rainy's Taco Pescado is my favorite crease fly, they are very durable and the fish like them. After that the fish just didn't want to cooperate. I did sight cast to a nice size drum that I broke off on the hook set. Its always cool spotting a fish and watching him take the fly. I had 3 hogs step out of the brush about 50 yards away, they stared at me for a few minutes and then walked back into the brush. 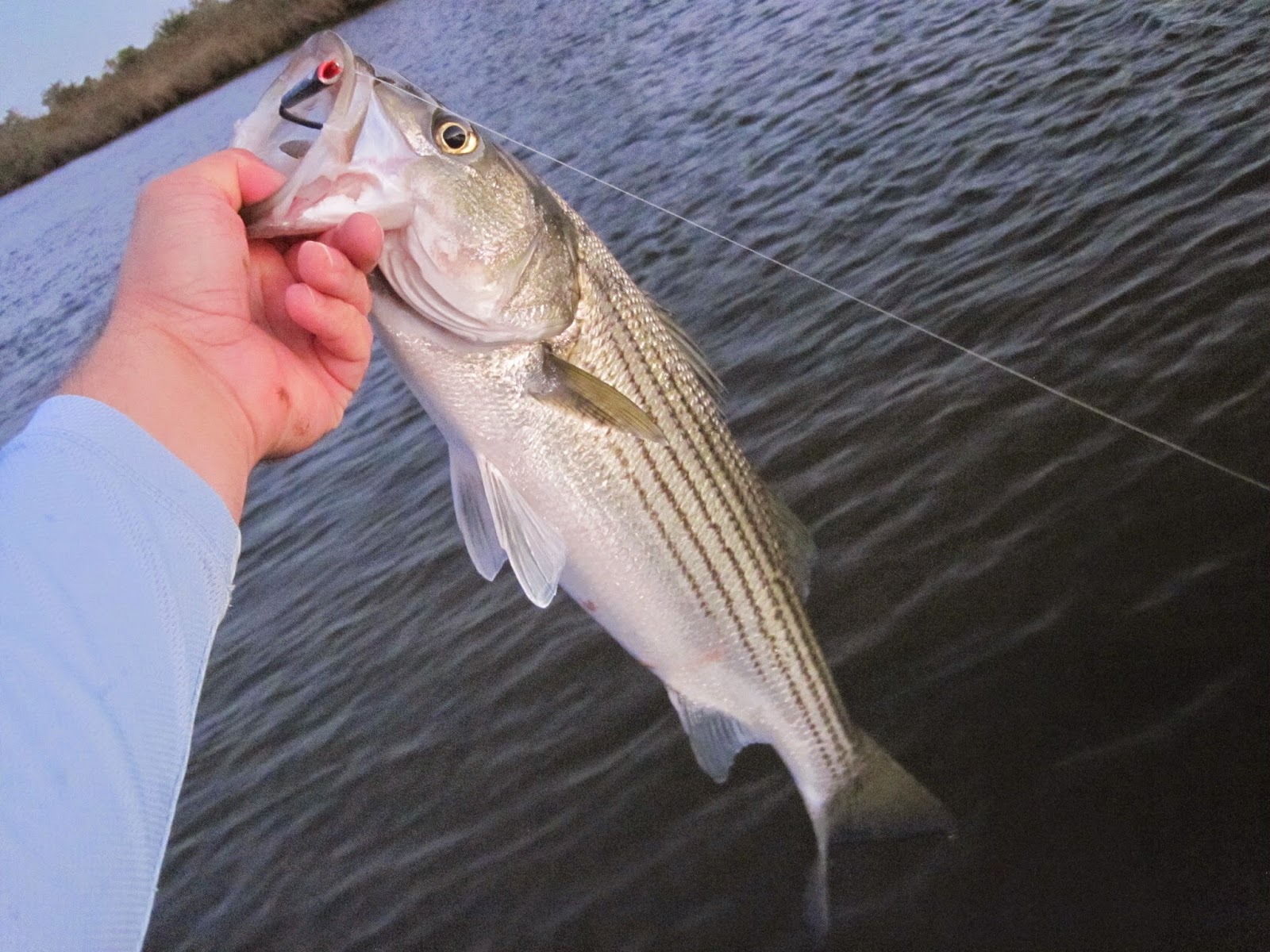 Its been a while since I've caught a buffalo, man what an incredibly dumb fish these things are. I can respect almost every fish out there. But these things are just beyond saving. They don't fight, their slimy as all get out, there so dumb you can practically just sit there and poke them with your rod tip. I think alligator gar like to feed on them so at least they have some purpose. 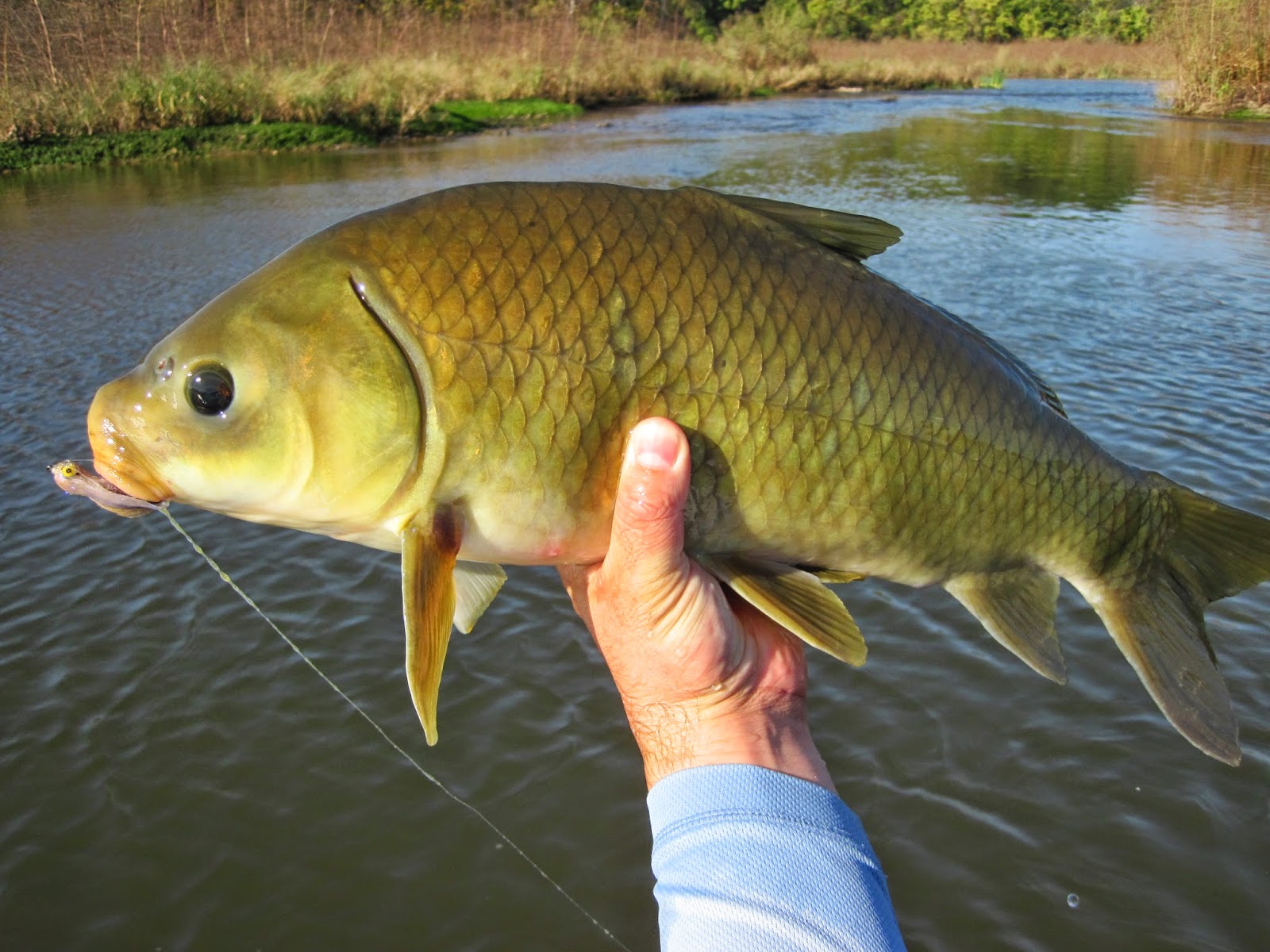 Posted by Unknown at 3:40 PM No comments:

My original plans were to go out and catch bass with some buddies this morning. Everyone bailed on me so I changed my plans and ran to the river. I wasn't really expecting much this morning, but wanted to get out and fish. I almost slept in this morning, good thing I didn't. With just a few hours to fish it turned out to be a great morning. The fish of the morning was a nice 8lb striper on a crease fly. Fumbling around trying to get pics and the hook out I snapped the tip of my 7wt. I figured that would have been the fish of the trip. All I had left was my 5wt with a craft fur clouser on it. Got back to fishing and just a few cast later I hooked into something big. The fish quickly took me into the backing, with the boils and thrashes near the surface I spotted the dorsal fin of the big fish then knowing I had a striper on the end of my line. I got my drag tightened down and the battle of the fish pulling line and me gaining a little line went back and fourth for several minutes before I was finally able to get the fish up into some shallow water were it beached itself. I immediately realized how long this fish was and how big her head was. I could tell the summer had been hard on this old girl, she was holding her own but the low flows this year had left her with an empty stomach and thinner then I would have liked to see her. Judging by the healed injury to her right eye this isn't her first time to survive rough times. I didn't get a tape on her, but I would guestimate her breaking 40". She went 24lbs on the boga and is my biggest striper to date. And of course she was released to fight another day and continue her life in the river. 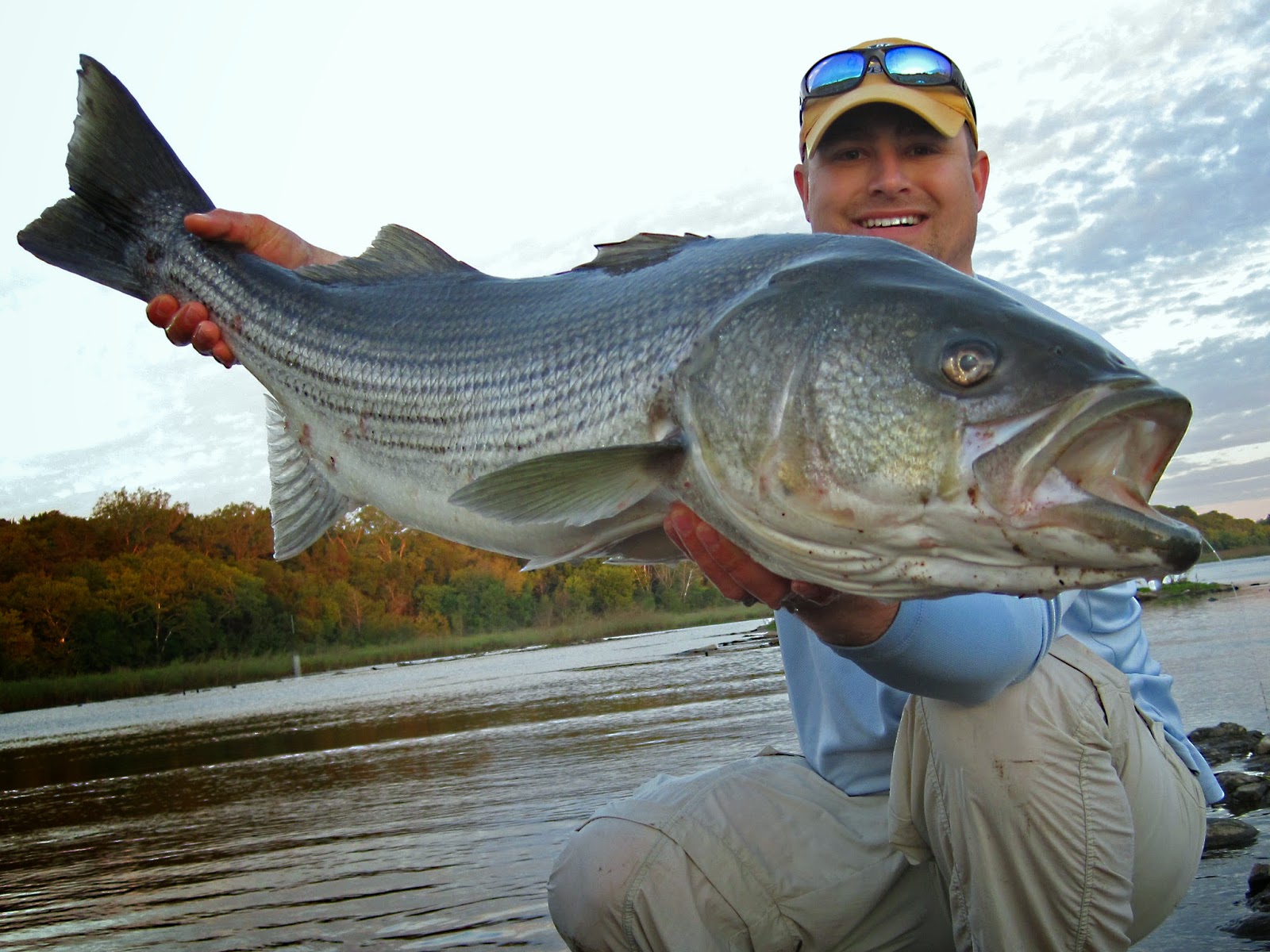 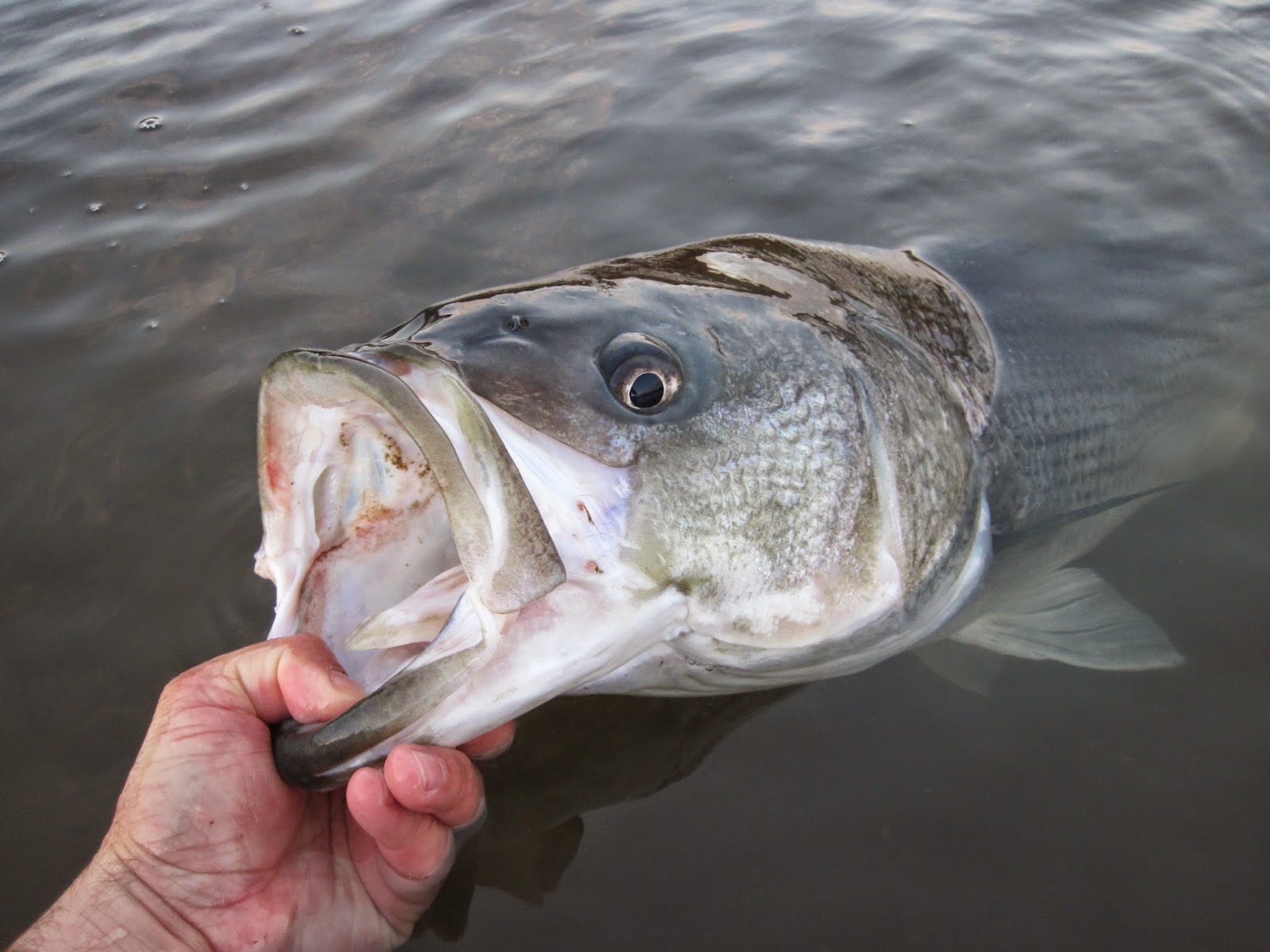 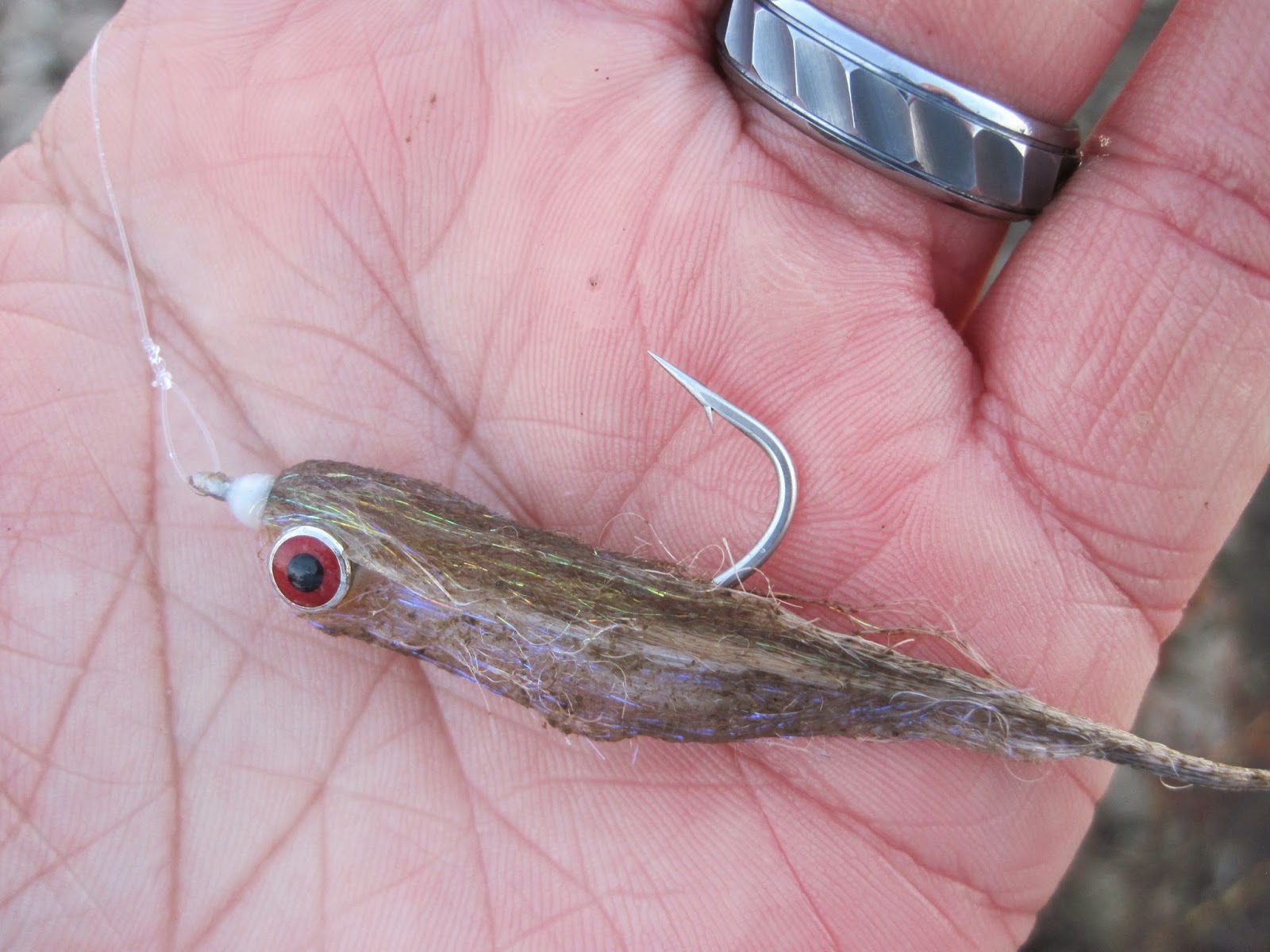 A nice 8lb fish on a crease fly 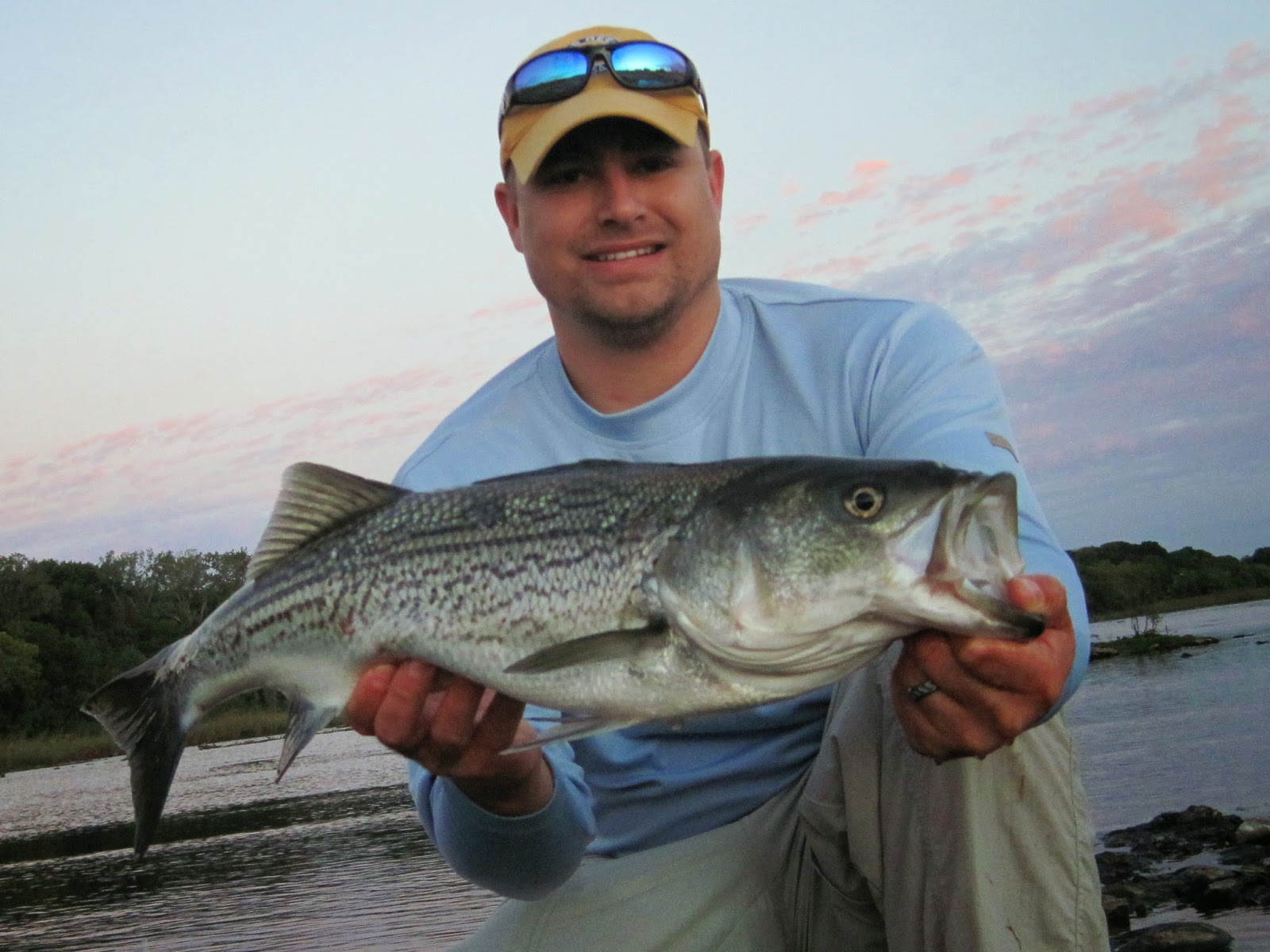 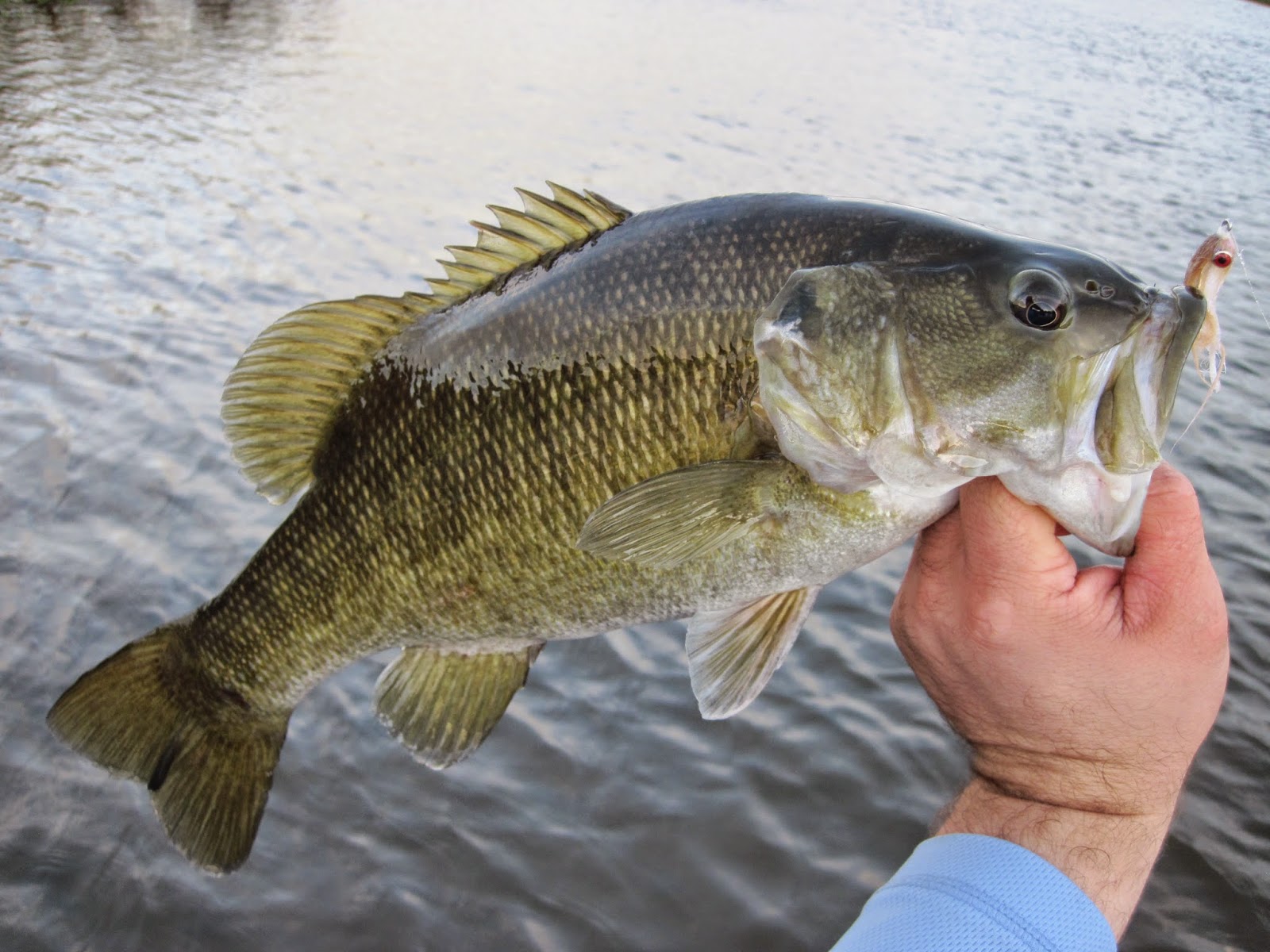