Not a whole lot to report from today. The fishing was a little tough do to a 20-25 mph north wind. The water was muddy and the bass had a little bit of lock jaw going on. But it was a good Easter with the family and enough fish cooperated to make my efforts worthwhile. This little Senko fly I've been fishing continues to be a hot pattern for the LMB. 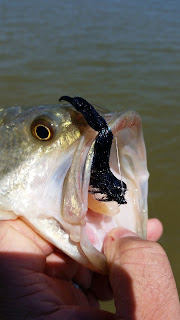 Posted by Unknown at 9:26 PM No comments:

Stewards Of The Land

Headed to a local creek this afternoon to chase some white bass. There was a father there with his son and one of his sons friends fishing. They where having a good time and catching some fish. Was small talking with the father and he was telling me how he has fished this creek for 25 years and every year he comes down as often as he can to load up a cooler of fish to take home. He added how he was surprised the white bass continue to come back to this creek to spawn year after year and their numbers have not been depleted from all the fish he has taken out as well as what others have taken. The father and two young boys continued to fish and throw every fish they caught into the cooler. They probably had 20-25 fish between the three of them, but continued to talk about having to get to 75 before the day was over. I'm not against keeping some fish for a meal. But personally I'm not sure why one would need 75 fish, but that is their legal limit. Granted white bass are prolific spawners with the limit in Texas 25 per day per person. I moved on to another hole to finish the day. I wondered what the father and the boys would be doing if the white bass population wasn't as prolific as it was. Would he have had the foresight to realize keeping all those spawning fish over the years contributed to the decline.


"We do not inherit the Earth from our Ancestors, we borrow it from our Children." 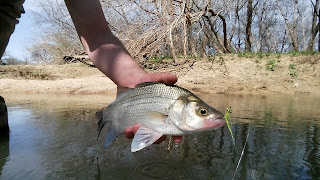 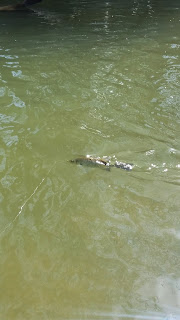 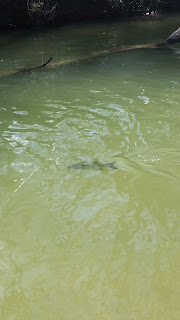 Posted by Unknown at 9:05 PM No comments: