11-20-15
Today started off really slow with hardly anything going on. At about 11am I stumbled across a hole that was holding several nice spotted bass. The first fish was a solid 4lb fish. Huge for Texas standards. The all time state record is about 5 and a half pounds out of Lake Alan Henry. At first I thought this fish was a nice largemouth but once I went to lip him I knew he was a spot. They can be kind of hard to tell the difference. A largemouth jaw will extend past his eye, and have a broken dorsal fin. A spotted bass dorsal fin will be connected, their jaw will not extend past their eye and they will have a rough patch on their tongue along with dots on their belly that will form lines. In a half dozen cast into this hole I was able to pull out 3 nice fish, all of which were some the largest spotted bass I have landed on the fly. They took a smaller game changer that I tie up, roughly a 3.5" fly that I have been having a lot of luck on this year. 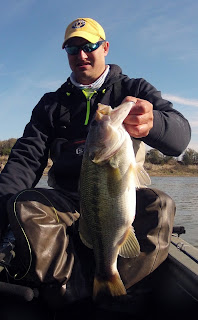 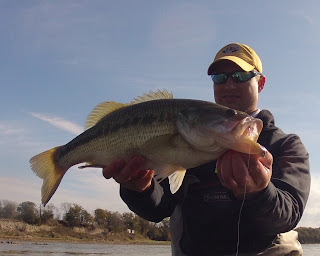 The Jump After The Release 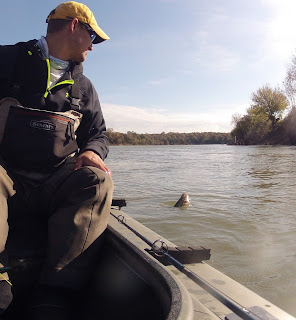 Here s a little house sparrow that was tangled up in an old cast net.
Got her untangled and released to see another day. 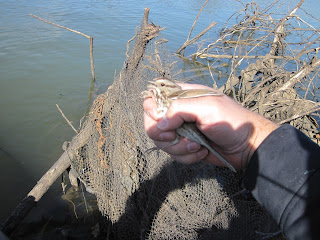 Tiger Muskie in New Mexico. A great trip that has to be one of the best DIY muskie fishing options. Another short flight from Dallas to a great little fishery with opportunities for big toothy fish.

Posted by Unknown at 8:00 AM No comments: