At the end of June I spent a couple days with SWE Capt. Christian Yergens chasing tarpon. Christian is a great guide and took some incredible pics which I greatly appreciated. The fishing pretty much consisted of anchoring off the beach front and intercepting the tarpon. We saw 100+ tarpon a day and had 50-75 shots at cruising fish, mostly singles and doubles with a few pods of 6-8 fish. These were all big fish ranging from 75 to 150+ lbs. Day 1 we had 2 eats and stayed hooked up to one fish for about 30 minutes before the hook pulled; fish was estimated around 90 lbs. Day 2 we also had 2 eats but only managed to stay connected to one for a few minutes before she spit the fly. Day 3 was cancelled due to bad weather. It was a great trip and I can't say enough about Capt. Yergens. You don't need to be a great caster, as long as you can make 50-60 foot cast you'll be good to go. Accuracy was and was not important. What was important was leading these fish by 20-25 feet. Which was more challenging than it sounds because these are 4-6 foot fish and they are moving a lot faster then they appear. So I thought I was leading these fish far enough to only find out when I went to drop the fly these fish had already covered 15-20 feet. That coupled with the fact you just want to stare at these fish and you typically cast were your looking so there were times I casted right at the fish spooking them.  But as long as you led the fish good and you got the distance you could adjust the fly to the fish before they got there. The retrieve was tricky. You wanted to have the fly right in front of the fish when he got up to it and then move it a little to get his attention, then if he keyed in on it you wanted to move it a little faster to draw him in for the take, but then you needed to slow the fly down for him to come up and suck the fly in. These fish aren't going to chase a fly down. That all sounds easy and i'm sure Christian got tired of telling me the same thing over and over. With the waves, the adrenaline and excitement I was pulling the fly away from a lot of fish and once it got to far away from them they were no longer interested. The fight of these fish is incredible once hooked. My bicep was killing me and I had blisters on my thumb from reeling. I was using a 12 weight and you put an incredible amount of pressure on these fish and if you are resting the fish is resting so there are no breaks. We had the fish next to the boat several times for her to only get a second wind and take off again. I think the most addicting thing to tarpon fishing is sight casting to huge fish, watching them take the fly and then go ballistic once hooked. I would have loved to get my hands on that fish but maybe next time. 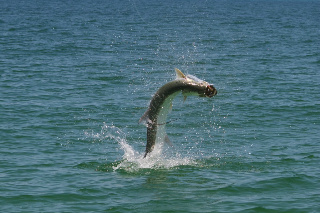 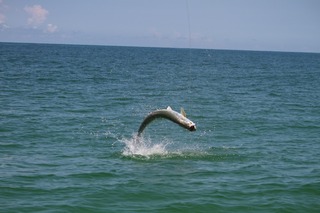 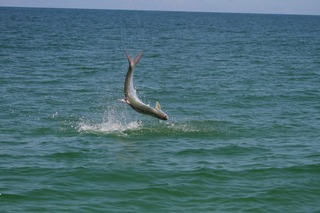 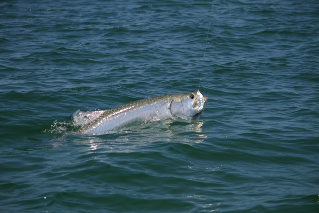 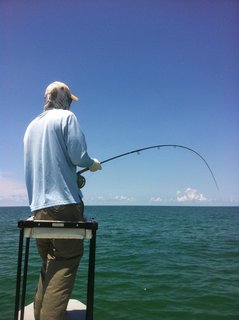 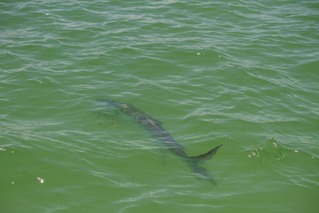