As the southern most trout fishery in the United States the Guadalupe River below Canyon Dam gives Texas anglers an opportunity to catch rainbow trout year round in the Lone Star State. In 1964 the Army Corps of Engineers impounded Canyon Lake. The cold water being released from the bottom of the dam would displace the native warm water species that occupied the Guadalupe. With optimal flows the water is cold enough to support trout for the first 10 miles below Canyon Dam. Lone Star Brewery started stocking the river with rainbow trout first. TPWD followed and began experimenting with different species of trout to determine which would be the most suitable trout for the Guadalupe; in the end it was the rainbow trout that did best in the Guadalupe. About the same time, a small group of Texans, who enjoyed trout fishing, came together; Bill Parvin, Dick Finta, James Keeton, Bob Newman, Chad Oliver, Bill Pabst, Glenn Richardson, Lt. Col Paul and Hazel Schubauer, Jim Vynalek, and Bill West, who later founded the Guadalupe Chapter of Trout Unlimited. Currently GRTU is the largest local Trout Unlimited Chapter.

2015 Trout Fest will be held February 20th, 21st and 22nd and will be held at Rio Raft. There will be some great guest speakers like: Kelly Galloup, Pat Dorsey, Frank Smethhurst, and Wanda Taylor. There will be some great tiers giving fly tying demonstrations though out the day along with fly casting instructors to help you brush up on your casting. The evening of the 21st the Flyfishing Film Tour will start at  6pm. 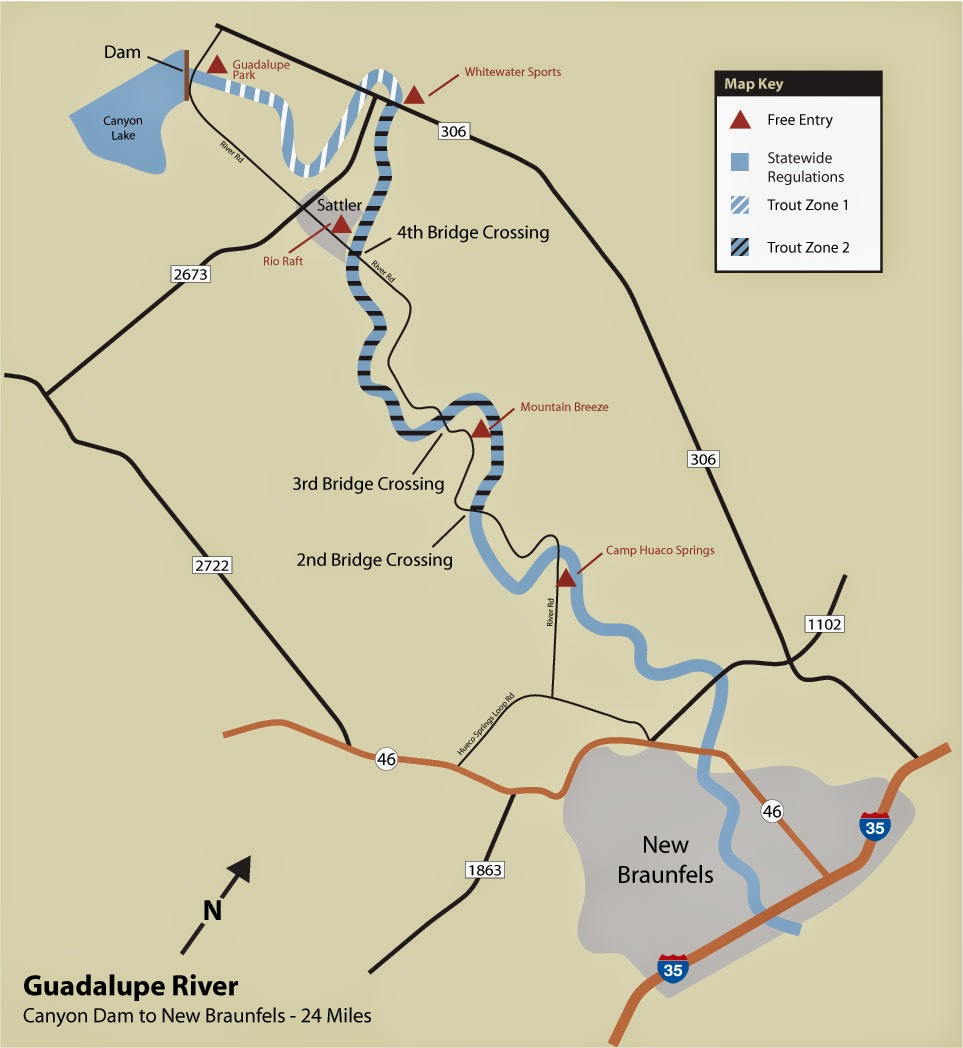 To me fishing in cloudy/light rain is my favorite weather to fish in. When I hit the Guadalupe it was just beyond grey light with a low ceiling of clouds and light mist the conditions were prime for a good day on the water. I started the morning off stripping wooly buggers changing between white, olive and chartreuse. I had one really good fish come up and wake then swirl on the olive bugger, It was pretty exciting to see even though the line never got tight to the fish. I landed one small fish on the chartreuse bugger and missed a couple more but the fish just didn't seem all that aggressive so I switched up my offerings. Rigging up a nymph rig I dropped a wd-40 and pheasant tail below an indicator. The bites didn't come quick today but I was able to pick of a few fish and one really good rainbow that made up for the slow bites. I think I ended up with roughly 6 rainbows to the net with another 3 or 4 missed fish.


A nice healthy rainbow from the Guadalupe River. 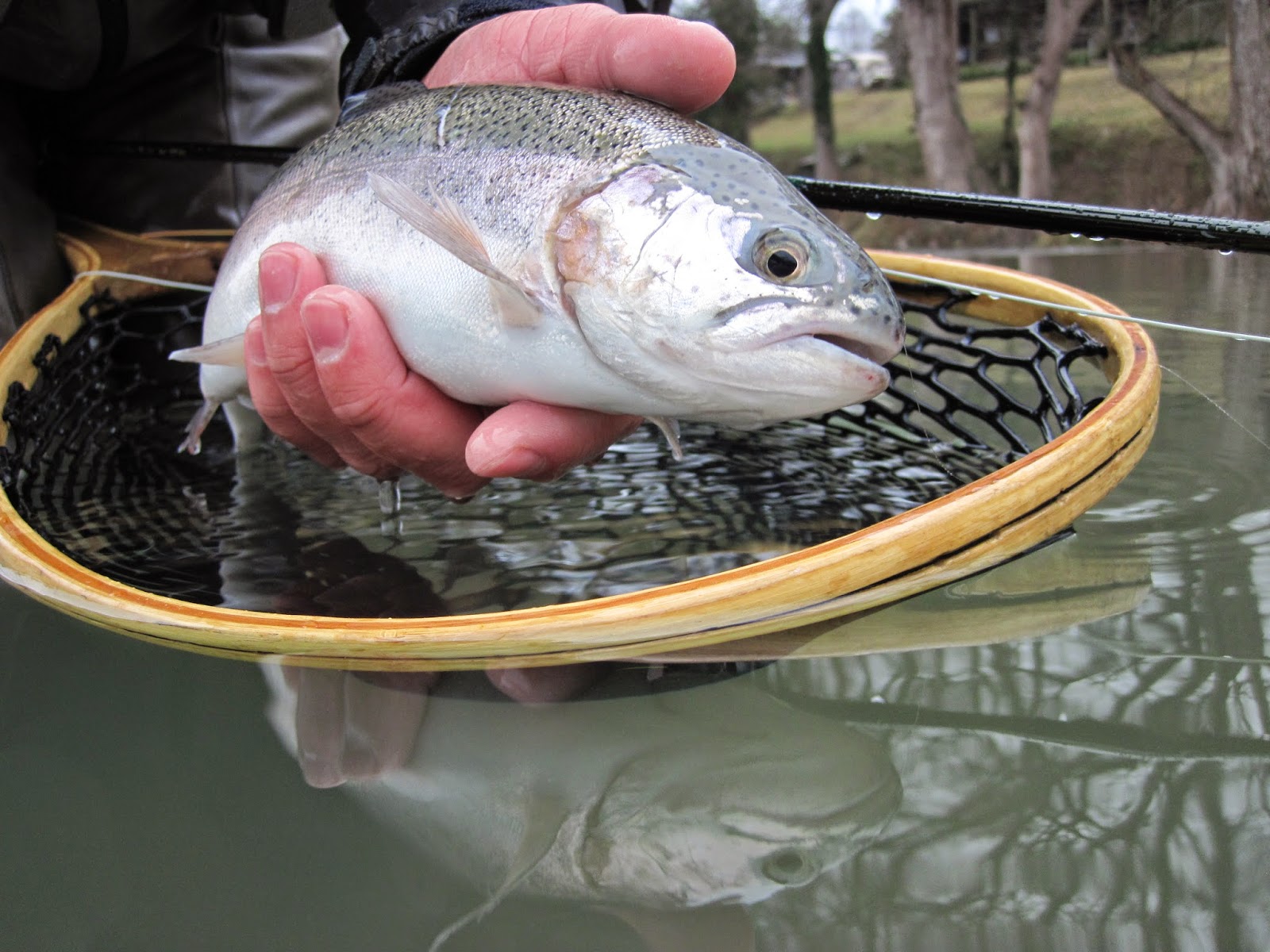 The fish of the day. 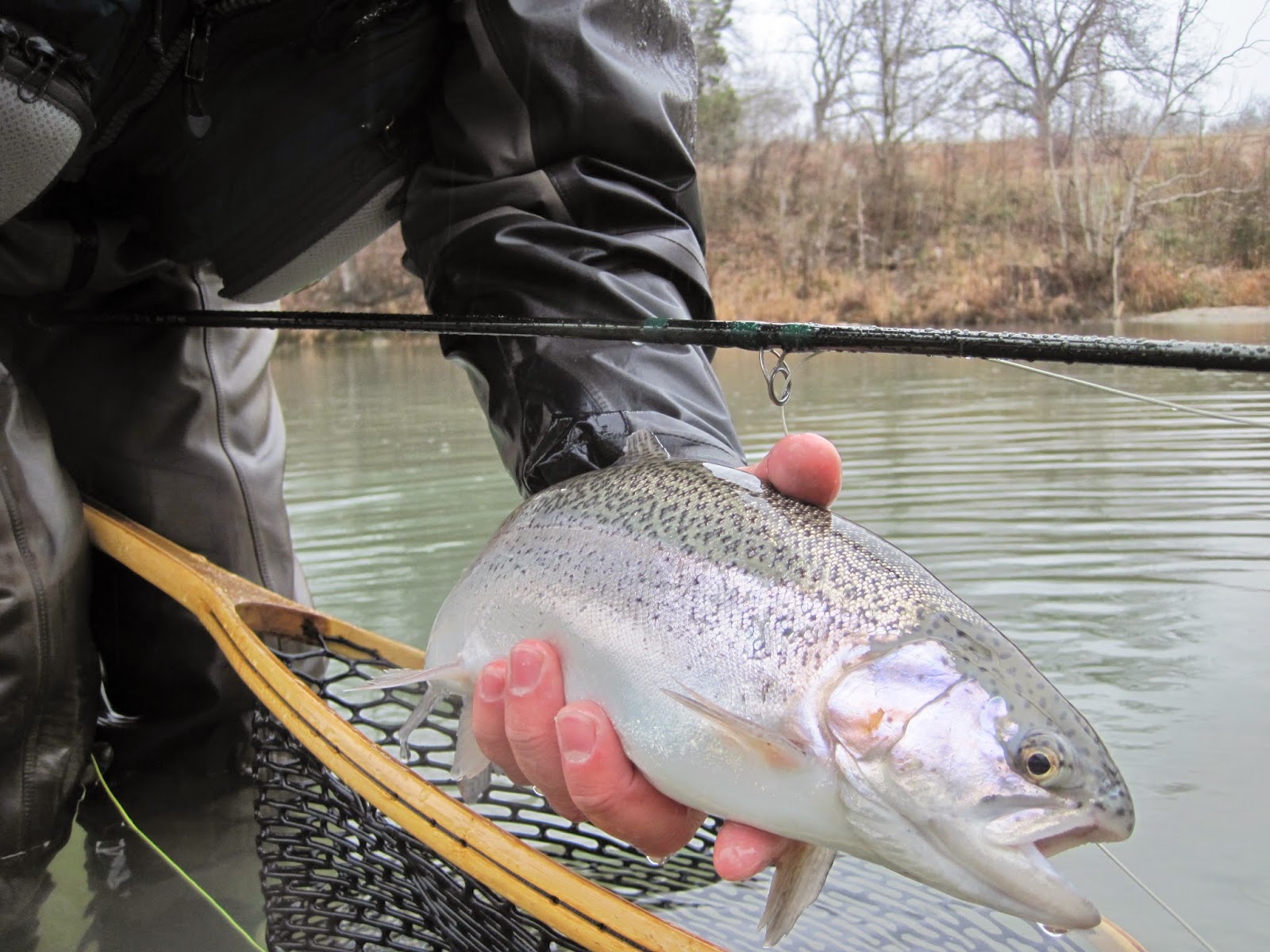 This is an average stocker the TP&W puts
into the Guadalupe River. 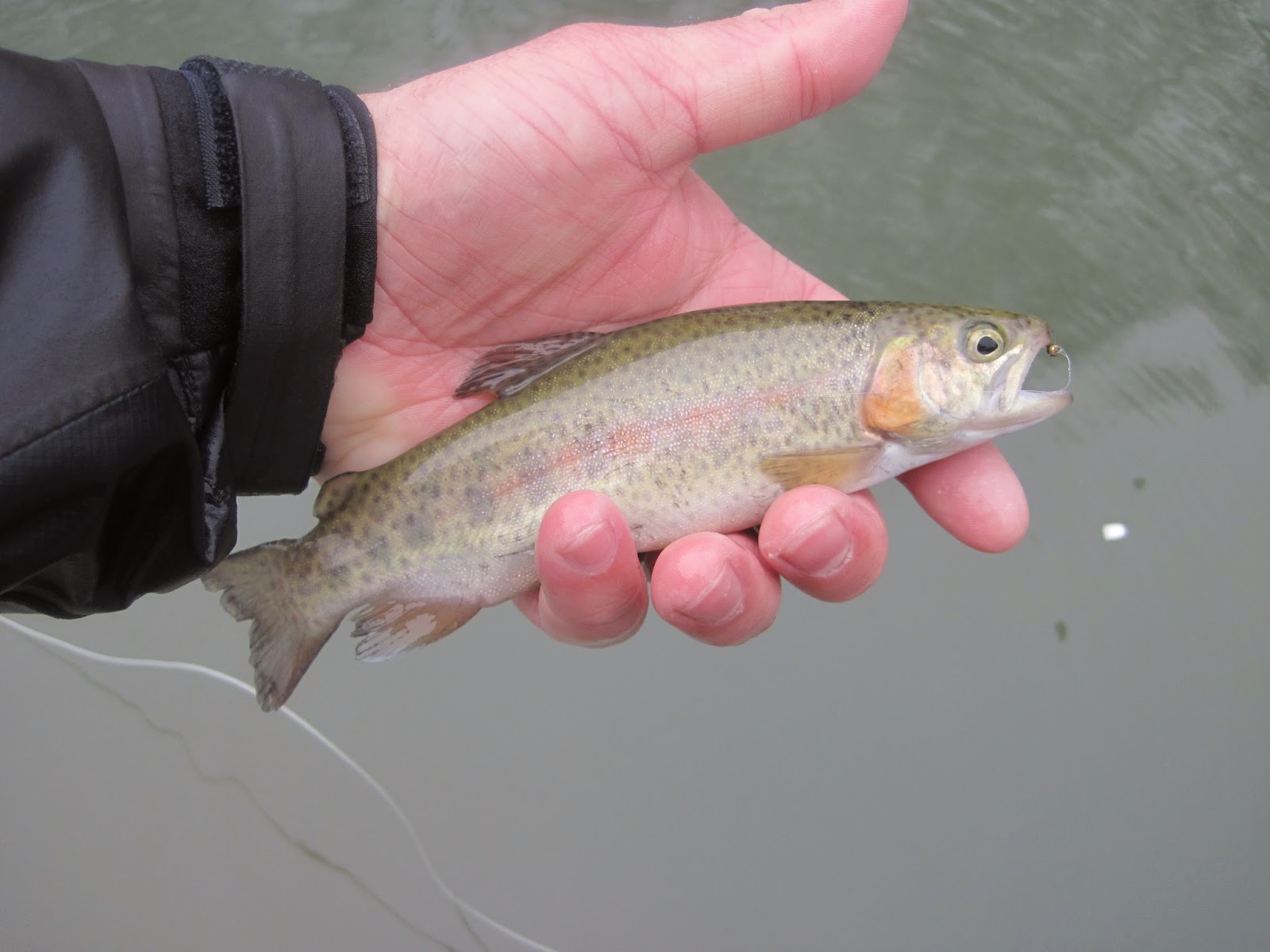 Rods, Leaders and Flies
Rods- My favorite trout rod is a TFO BVK 10' 4wt. I over line this rod with a 5wt line to help turn over indicators and heavy split shot. The 10' length of this rod makes mending easy and also gives you an additional foot gives you alittle more reach while high sticking.
Leaders- I like a 7.5' Rio Tapered leader in 3x. I will then attach 2 feet of 4x or 5x tippet with a blood knot.
Flies - The fly of the day was a size 18 pheasant tail. I also caught fish on a olive wd-40 and wooly buggers.