Scott and I took our annual trip down to Port O'Connor. We fished with Capt. Steve Barnes like we do every year. The fishing was a little slower than normal but we both still caught plenty of fish. The first couple shrimp boats we came up to didn't seem to have any fish on them. Third times a charm I suppose because the third boat was covered up in fish. Scott and I both caught a nice shark and some King fish. There were a few Bonito swimming in the chum but we could't get hooked up to any. We had a few Remora's swimming around in the chum and while I had my fly hanging over the side of the boat stripping out line one of them grabbed the clouser. They are a small fish and don't fight but it was cool seeing one up close. The rest of the day we fished deep looking for some AJ's. They seemed to be a little finicky today. I landed one and had another one break me off in a wreck. Scott never got a bite and even the Capt dropped some live bait down several times and never got hooked up. We landed several Red Snapper along the way. I think one of the things that was making things a little difficult was the current was going one way and the wind and waves were going the other way. I don't think we where able to get down as deep or keep our flies down deep. Even though the fishing was a little slow we still caught plenty of fish and had a great time. Looking forward to next years trip. 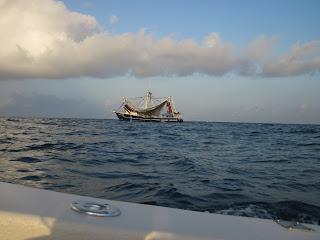 My shark for the day. 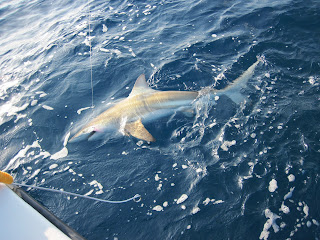 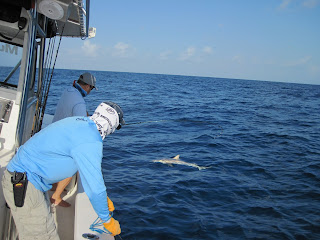 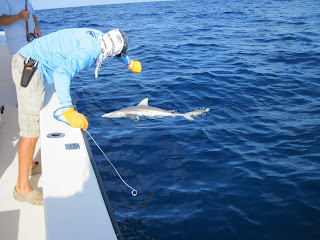 Nice King from behind the shrimp boat. 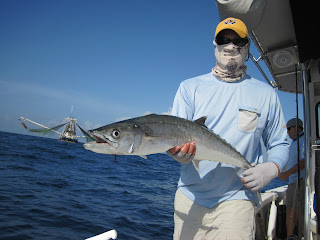 Scott hooked up with a King. 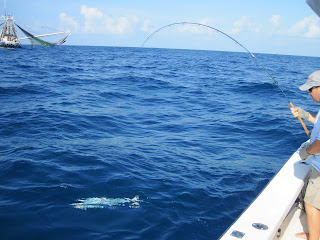 King fish is getting a little mad. 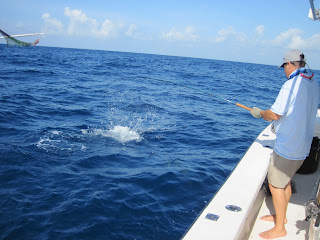 Only AJ for the day. 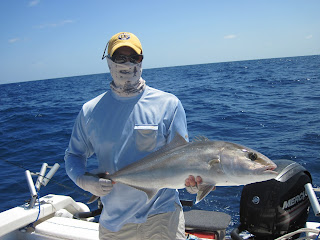