We'll Mother Nature blessed Texas with some water this year. Most would probably consider the amount of water we received more of a curse. Unfortunately a lot of lives were lost with people getting caught up in the flood waters. We have been in a fairly severe drought for several years and almost all Texas lakes where several feet low, boat ramps and docks were out of the water and unusable. When it rains it pours as they say and this year was evident of that. 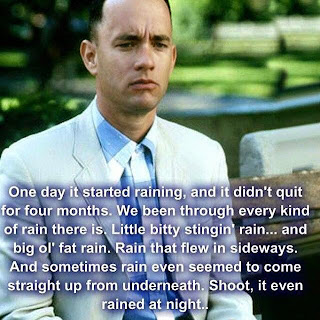 There were a lot of trips that I had to postpone do to high water that resembled chocolate milk. I was suppose to be down there the weekend this flood happened fishing Lake Dunlap. At the last minute I rescheduled the trip. I'm glad I did. I-35 flooded in San Marcos Texas. 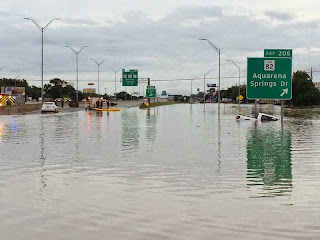 This was a common scene across Texas in April, May and June. 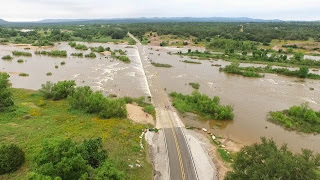 Pedernales Falls before and during pic. 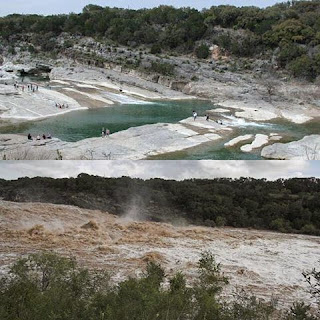 2015 is in the rear view mirror and hopefully 2016 will bring more stable conditions and water levels. No big trips planned at this point for 2016, defiantly will make an annual trip offshore and hopefully a few trips to Colorado as well. Would like to fish some of the local kayak tournaments as well if the schedules line up. Hope everyone had a Merry Christmas and a Happy New Year.

Email ThisBlogThis!Share to TwitterShare to FacebookShare to Pinterest
Labels: FLOOD YEAR, WHEN IT RAINS IT POURS