Day 1 started at Gunnison River Pleasure Park. They where running the shuttle for us to the trail head of Chukar Trail. Its roughly an hour drive to the trail head from their location. Their location will also be the take out. After getting signed in we started the 1 mile hike to the river. It required several breaks to let our legs rest and recovery but I think we made it down to the river in 35-40 minutes. We decided to rig up some rods and do a little fishing before getting the raft and other gear ready. No fish were landed but we each had a couple of bumps. We started our journey down river, taking our time, fishing and scouting the upcoming rapids. We only had 4-5 mile run to where camp was located for night one. The water was running at 2,000 CFS which is about double what it normally runs this time of year, late snow fall in May still had the water up. The scenery, experience and pleasure of being there was great but the fishing was a little on the slow side. I hooked into a large brown that was easily 20+ inches on a streamer. He jumped once and then went deep into a run and settled towards the bottom. I think I put to much pressure on him as the hook pulled loose after a quick 30-40 second fight. I would say that is my biggest fault in fishing for trout. I am use to putting a lot of heat on fish like striper, bass and carp. A trouts mouth is just to soft to put that kind of pressure on them and I have lost several big fish over the years by putting to much pressure on them early in the fight. Some of the rapids were pretty gnarly, strong class III's. We were able to skirt around most the bad stuff but the raft handled great. This was the first run for both Robert and I in the SOAR so we were both getting adjusted to how the raft handled. We made it to camp for the first night. Ute II is camp #17 and has a great view over looking the river on what would be a beautiful run at normal flows. At current flows the water was pretty high and flowing fast. I got a couple bumps swinging a streamer across the current but no hook ups. We had a mule deer doe and her fawns play across the river most the evening. Overall Robert and I were a little discouraged because the flows were high and it made fishing pretty difficult. Our drifts were quick and it seemed the fish were spread out do to the flows. We each caught a few fish but they were making us earn it.

Hike down into the Gorge from Chukar Trail. 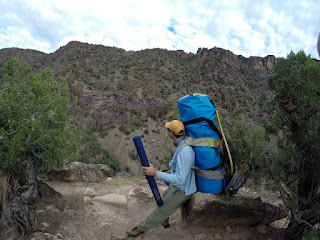 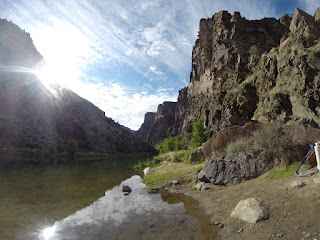 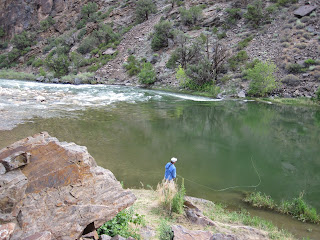 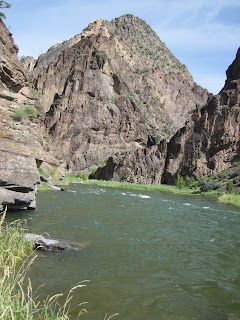 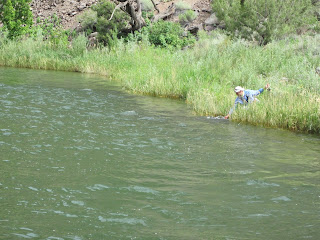 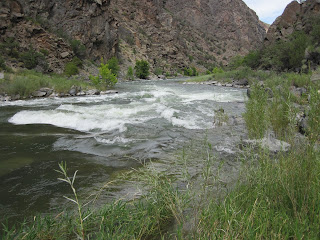 Pictures do no justice. 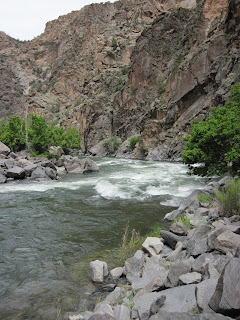 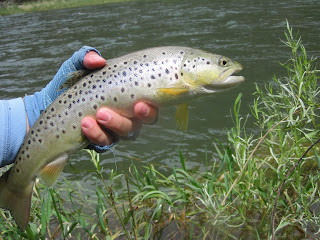 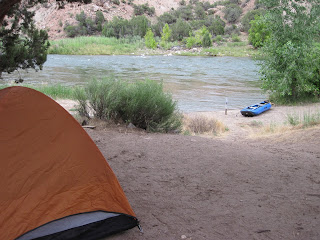