The wife and I went to Charleston, South Carolina a couple weeks ago. That's one of the coolest towns we have been to and we are defiantly looking forward to returning, We ate a lot of great food like Flints, Indaco, 82 Queen and Loggerheads. Several of the restaurants that were recommended like Poogans Pourch, Halls, Husk and Magnolias where already booked up. Unfortunately we could not experience them but heard from multiple sources it is some of best food they'd ever had. Many really old churches that our founding fathers like George Washington have visited. The church's where beautiful with their stain glass windows. Boone's Hall plantation was a lot of fun. The wife and I aren't really history people but there is defiantly a lot history in Charleston which is why I think we liked it so much. It wasn't your standard vacation of a beach or cruise. There was a lot of information in regards to dates and people, many of which played a large part in early american history. 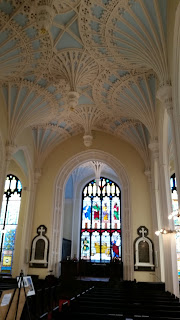 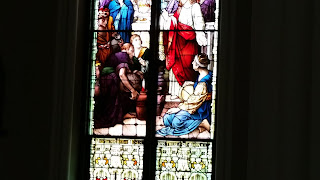 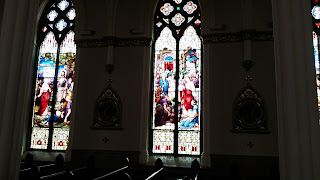 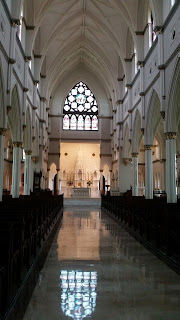 These oak trees where planted in 1743, as as the pictures don't really do them any justice it was sight to see. 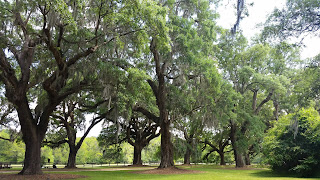 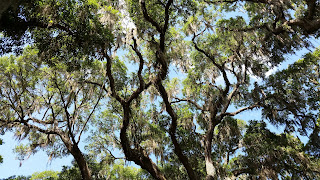 Not sure if I can go somewhere with out a day of fishing. I fished with Courtland Babcock III out of Hilton Head, SC and had a great time. Amberjack are one of my favorite fish and the wrecks off South Carolina are full of them. Fishing for amberjack is unlike fly fishing for any other fish. Amberjacks require you to use the heaviest gear on the market and your still under gunned. They are extremely strong fish and will take you right into the wrecks and break you off if you give them any line. You lock down your drags and hold on hoping they don't straighten hooks, break fly lines or shatter flyrods. I had one fish straighten a 4/0 Trey Combs Gammy SL12. I had another fish break a 70lb core Rio Leviathan fly line when it got wrapped around the reel. And had a third fish break 80 lb flouro when he got into the wreck. Through out the day I did land about 6 AJ's on the fly and also picked up a spinning rod rigged with a popper having a nice AJ blow up on it. The AJ's on the Atlantic coast act so much different than our Texas Gulf fish. The Atlantic fish would come up to the surface and check the boat out. I have never seen our Texas fish do that, they always stay deep. It was a great trip and look forward to doing it again. I'll be honest a few of these fish a day is all you need as they will whip you pretty quickly. These are some strong fish. 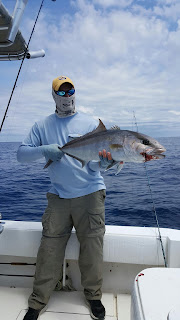 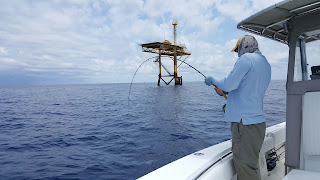 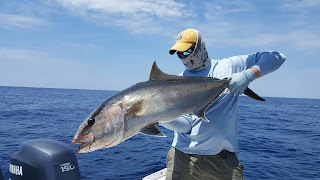