Yep that's what their called. They are an interesting looking fish. For several years I have seen them in this creek near the house, tossed a few flies at them but never spent much time messing with them as I was always chasing bass and the variety of sunfish found in the creek. Today started like most days I had bass and sunfish on the brain. After seeing numerous River Carpsuckers swimming around I decided it was time to finally catch one of these guys. Just like their name they are very similar in appearance to a carp but have a sucker like mouth and a sucker like lack of interest in chasing a fly.  Literally you better get the fly within a 3" circle of their mouth. After to many attempts to count I came tight with one. They don't fight like a carp or any of the redhorse suckers that I have caught. So I can say I caught one and added it to the list of species I've caught on a fly. Personally don't see to much of a reason to every specifically target them again as they just didn't do to much on the end of the line. But as always its great being on the water and getting a few fish to put a bend in your rod. I also caught a little bull head which is also a new species for me on the fly. 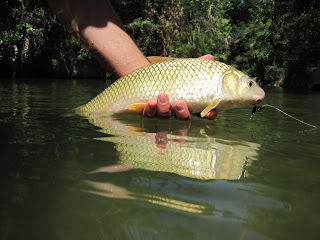 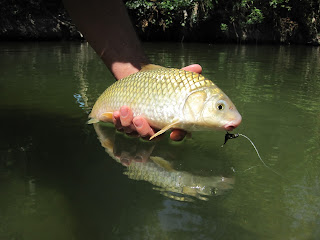 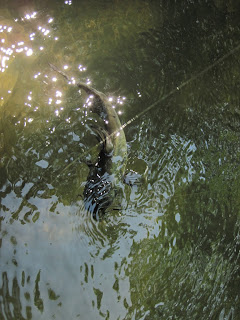