James and I had plans on taking the yaks out to Fork today to look for some spawning bass. High winds made us decide to not make the trip. Yaking and flyfishing in highwinds is just to much of a pain in the ass. So we decided to stay close to the house and hit a few ponds in the area. I bought a 1wt TFO Finesse series last fall and never had the chance to take it out. Today was the first day I was able to really take it out and fish with it. With 30mph winds it was kinda hard to tell exactly how it was casting and what kind of distance I could get out of it. We will find out on a different day. It did get broken in the right way on its first day out. Right off the bat I hooked up with this nice catfish that put this rod to the test. It didn't take as long as I anticipated to land this guy. No matter how light the rod is, if you use the boat section of the rod to fight the fish you can normally whip them down pretty quickly. 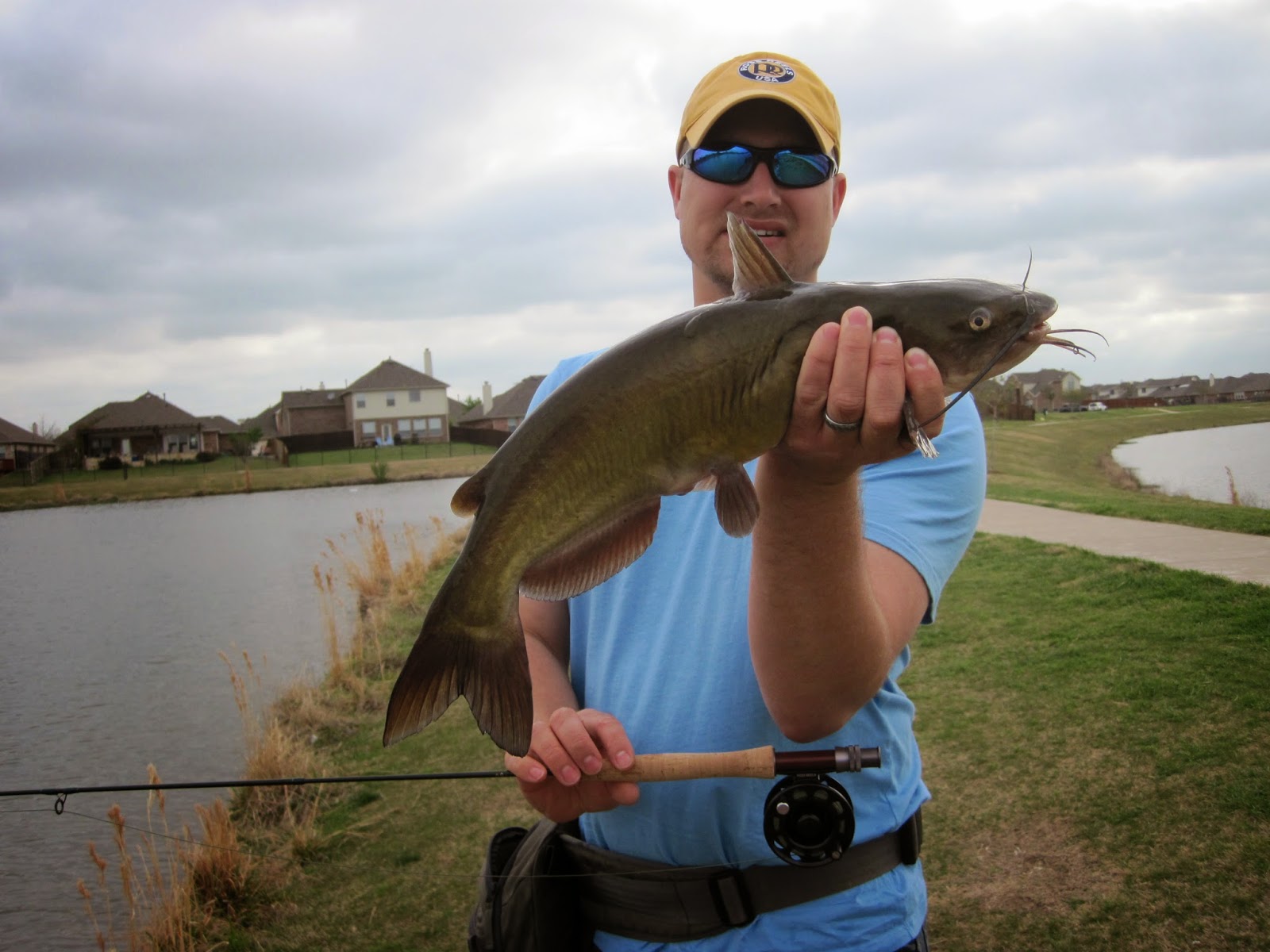 James left his fly rods at home do to the high winds and only brought his baitcasters. He wanted to get one of this cats on the 1wt so I handed it off to him and it only took a few minuted for him to hook up. 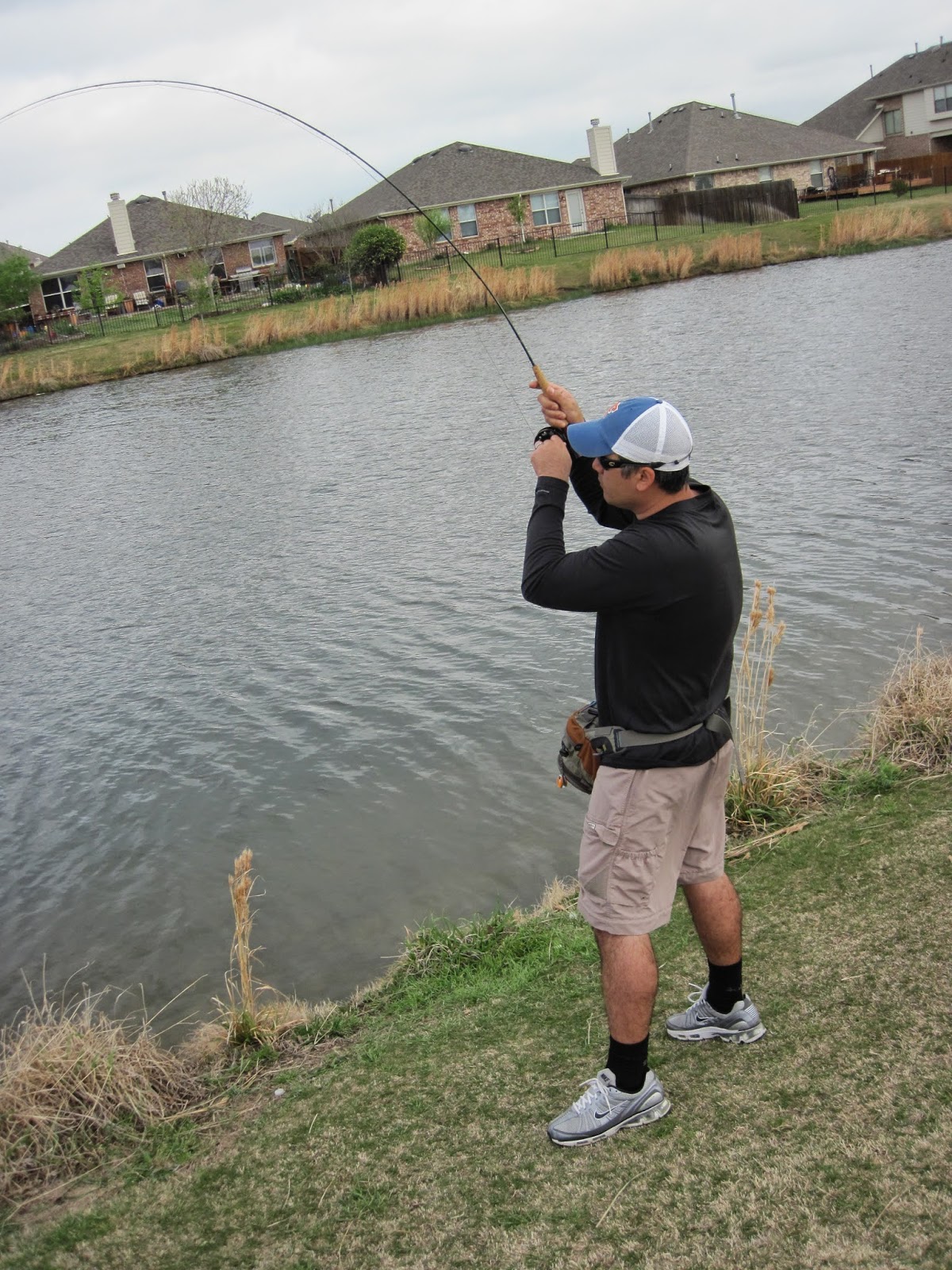 A few minutes landed he had his cat on the 1wt. 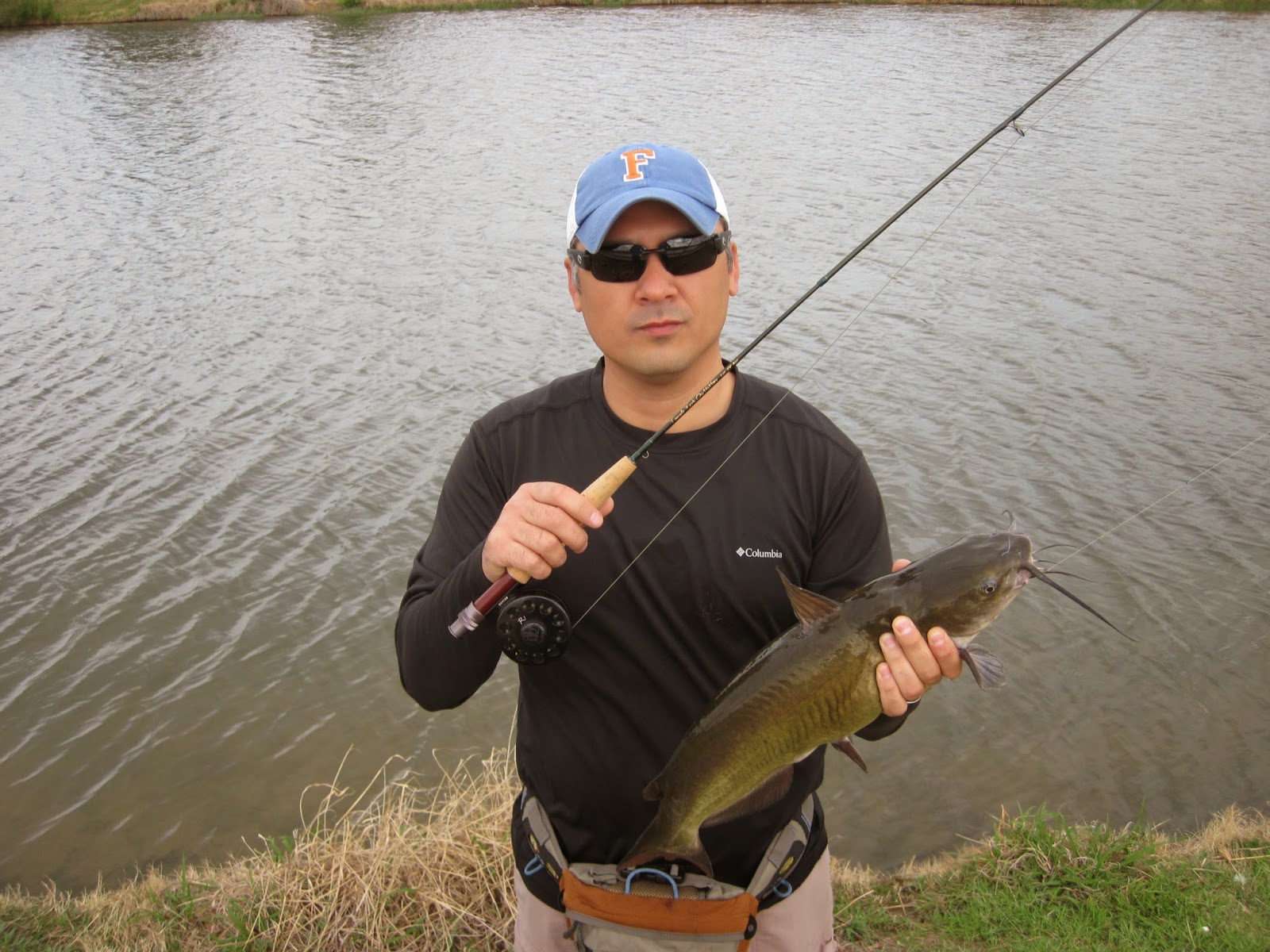 Caught lots of these guys, they are getting all colored
up and ready for the spawn. Its been a slow
warm-upthis spring but they will be on
their beds with the next full moon. 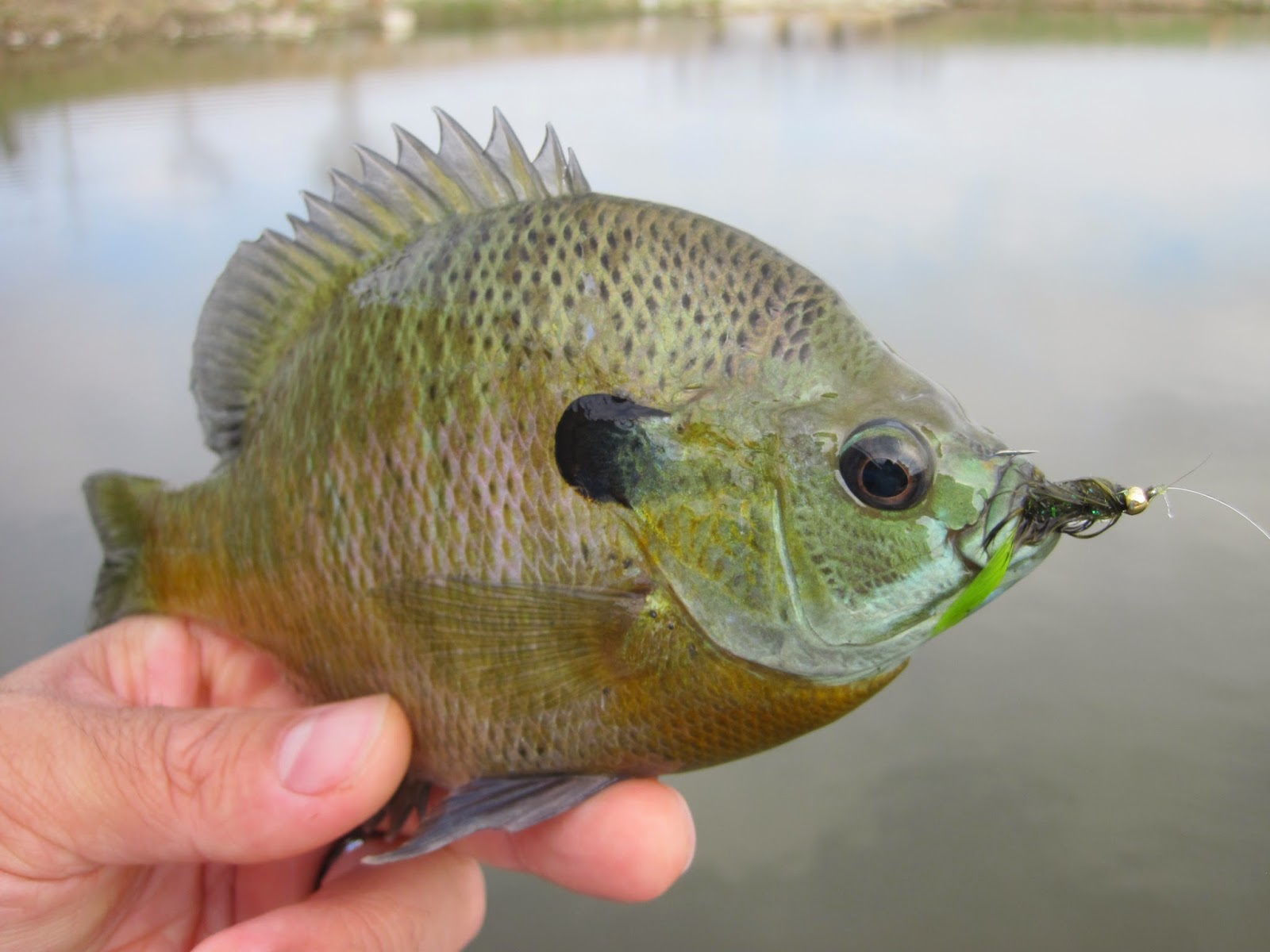 The best bass of the day. 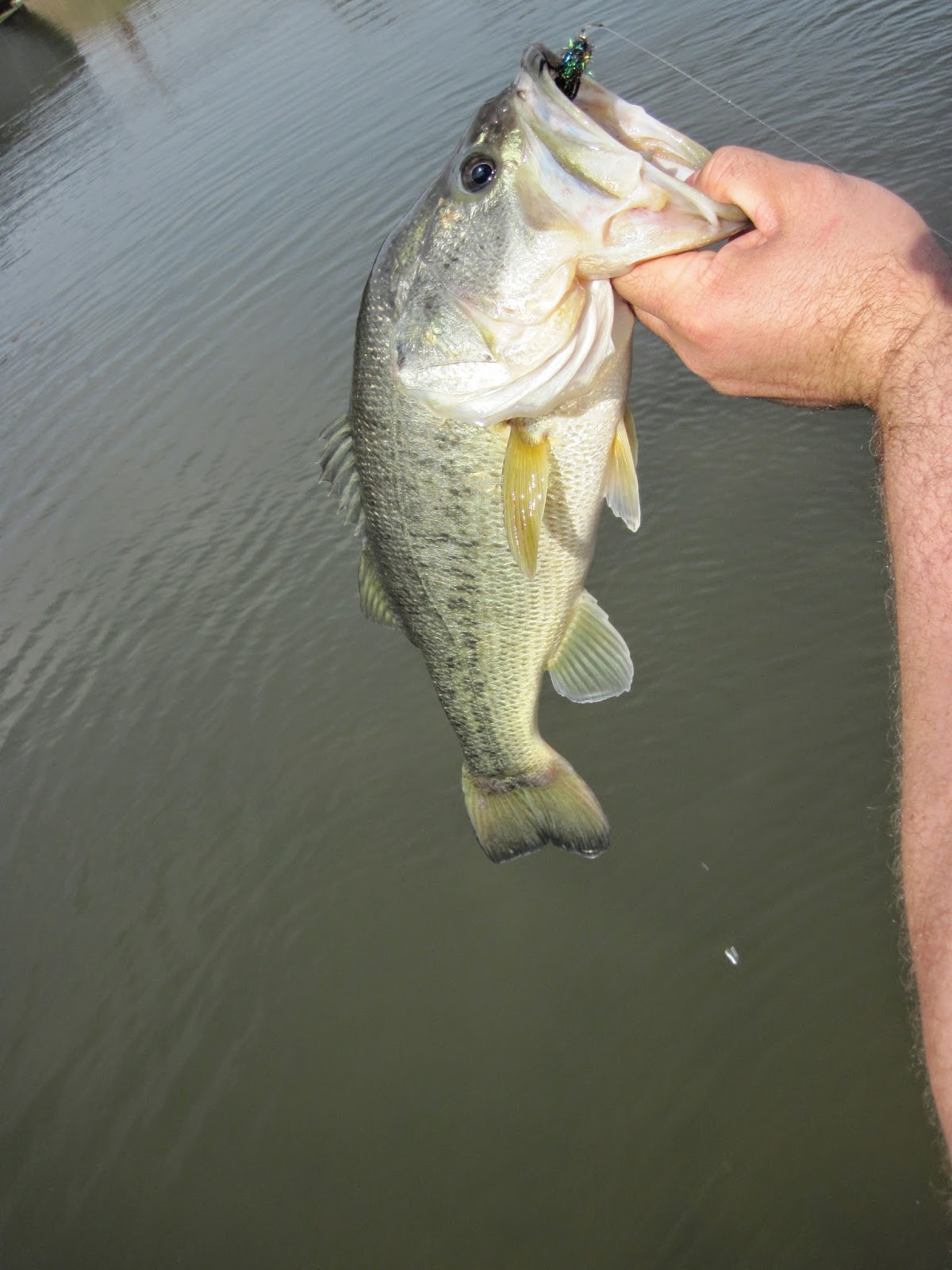