This morning started off early with the alarm going off at 3am. I got to the river with plenty of time to get to the holes I planned to fish, or so I thought. The river was pretty boney this morning. I've seen it low but it is really low right now. Even with the Mokai it took forever to get down river. I have been running this section for years and have never had to get out and pull the Mokai through so many shoals as I did today. Lots of places the Mokai was dragging bottom, which it only drafts a few inches empty. The fishing started of good with a couple nice smallmouth right off the bat on a crease fly. Then it pretty much just shut down, and then picked up rather nicely later in the morning. I fished the latest fly in the box and caught pretty much everything on it: Smallmouth, spotted bass, drum and the catfish really seemed to like it. The suckers are spawning on the shoals right now and the catfish are stacked up behind them eating eggs. I see the suckers often but haven't caught many of them. Wish there was a way to get them to take a fly more often because they put up an awesome fight.

Nice Smallie on a crease fly. 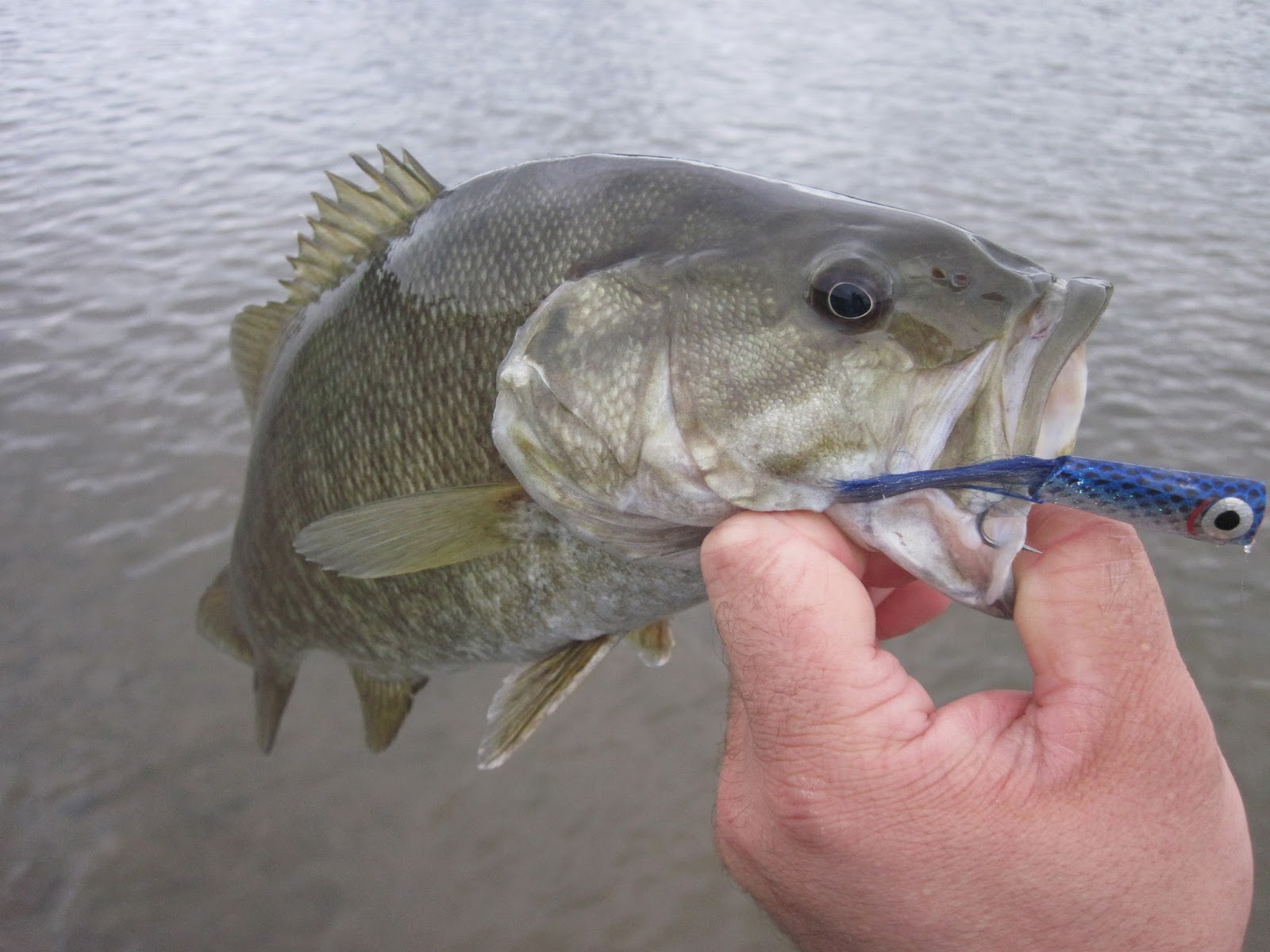 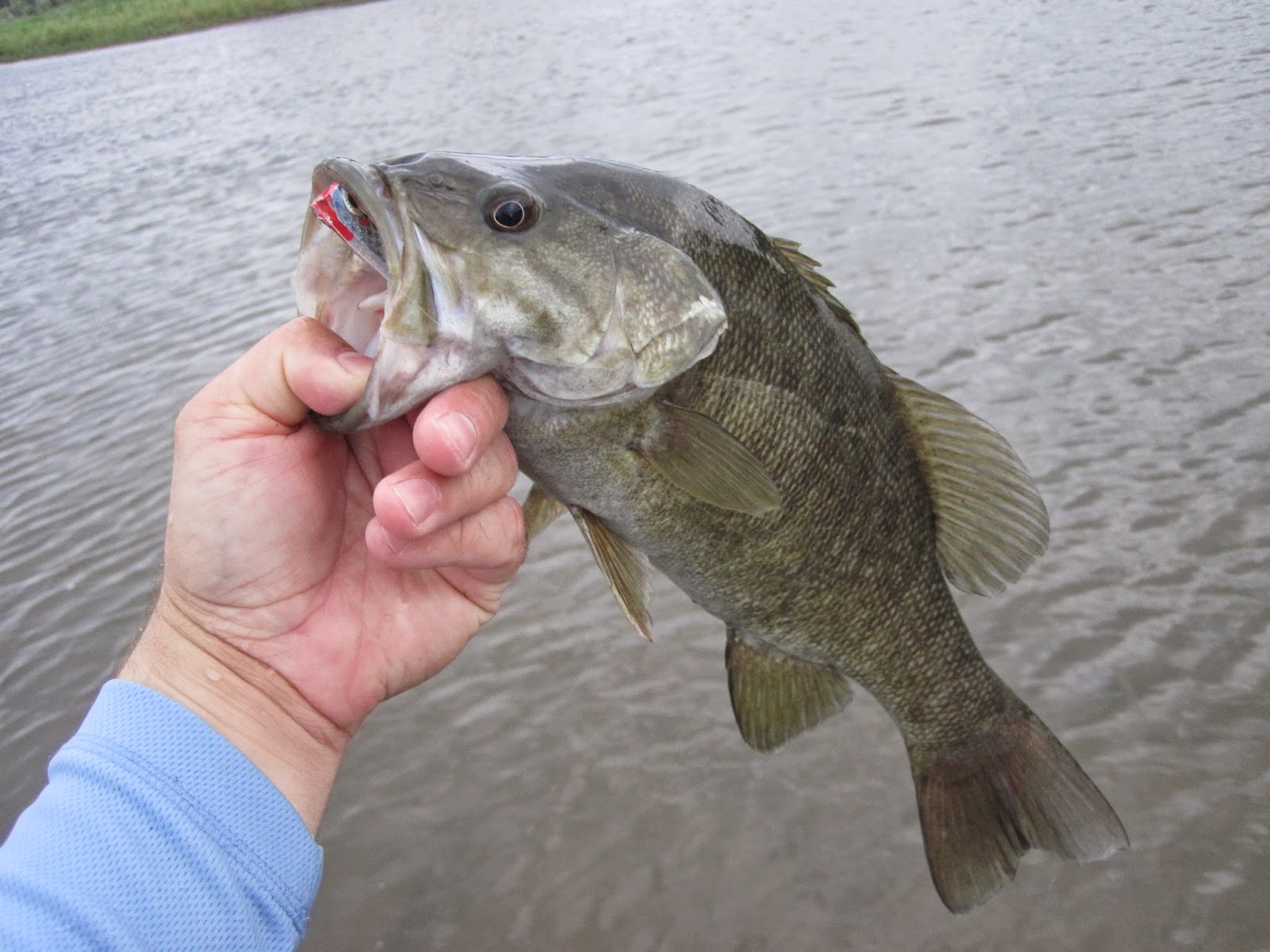 Very fun fish, anyone know what species
of sucker this is? 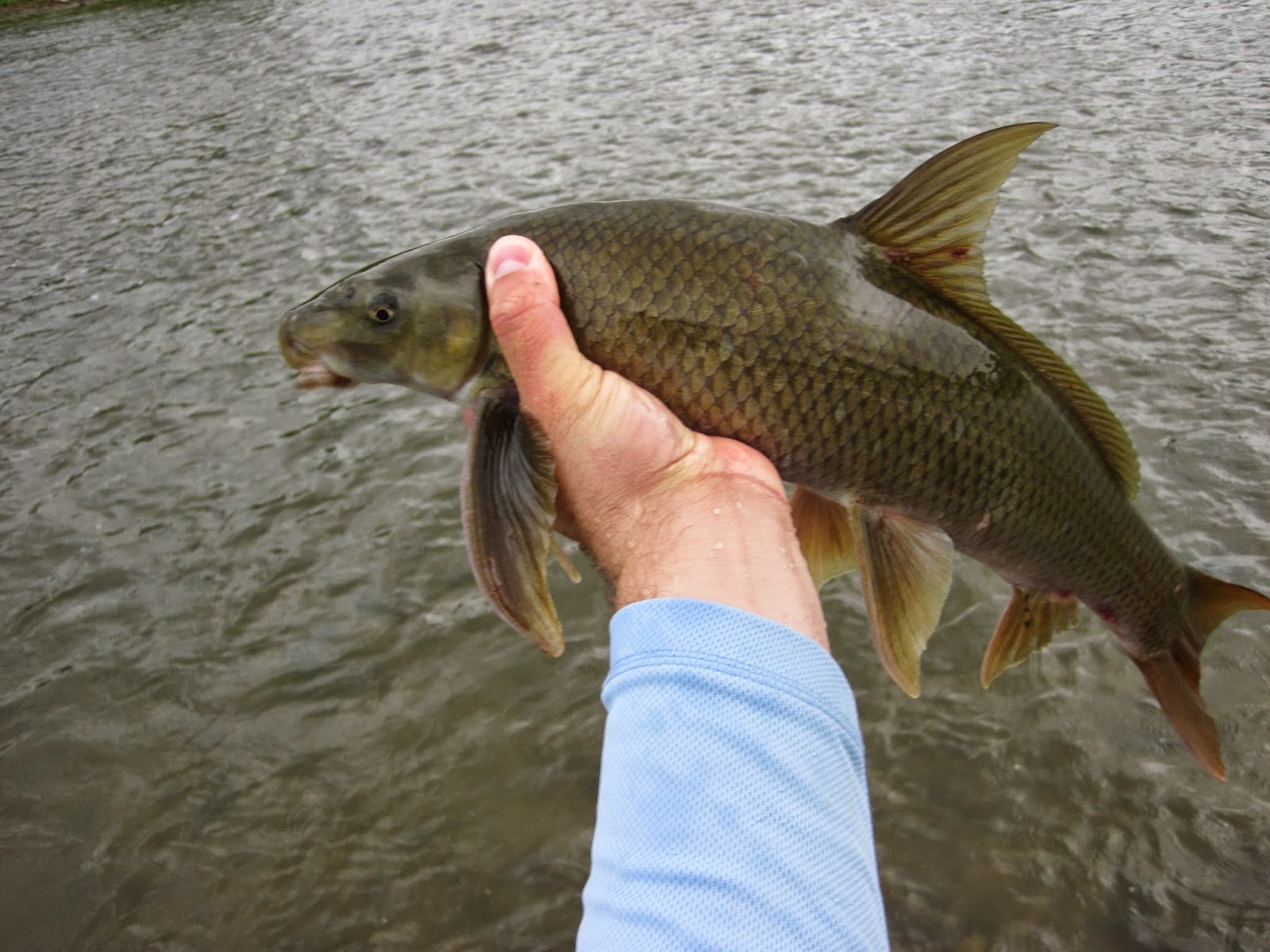 Does this count as 2 fish? Lol, Spotted bass still
digesting a perch. 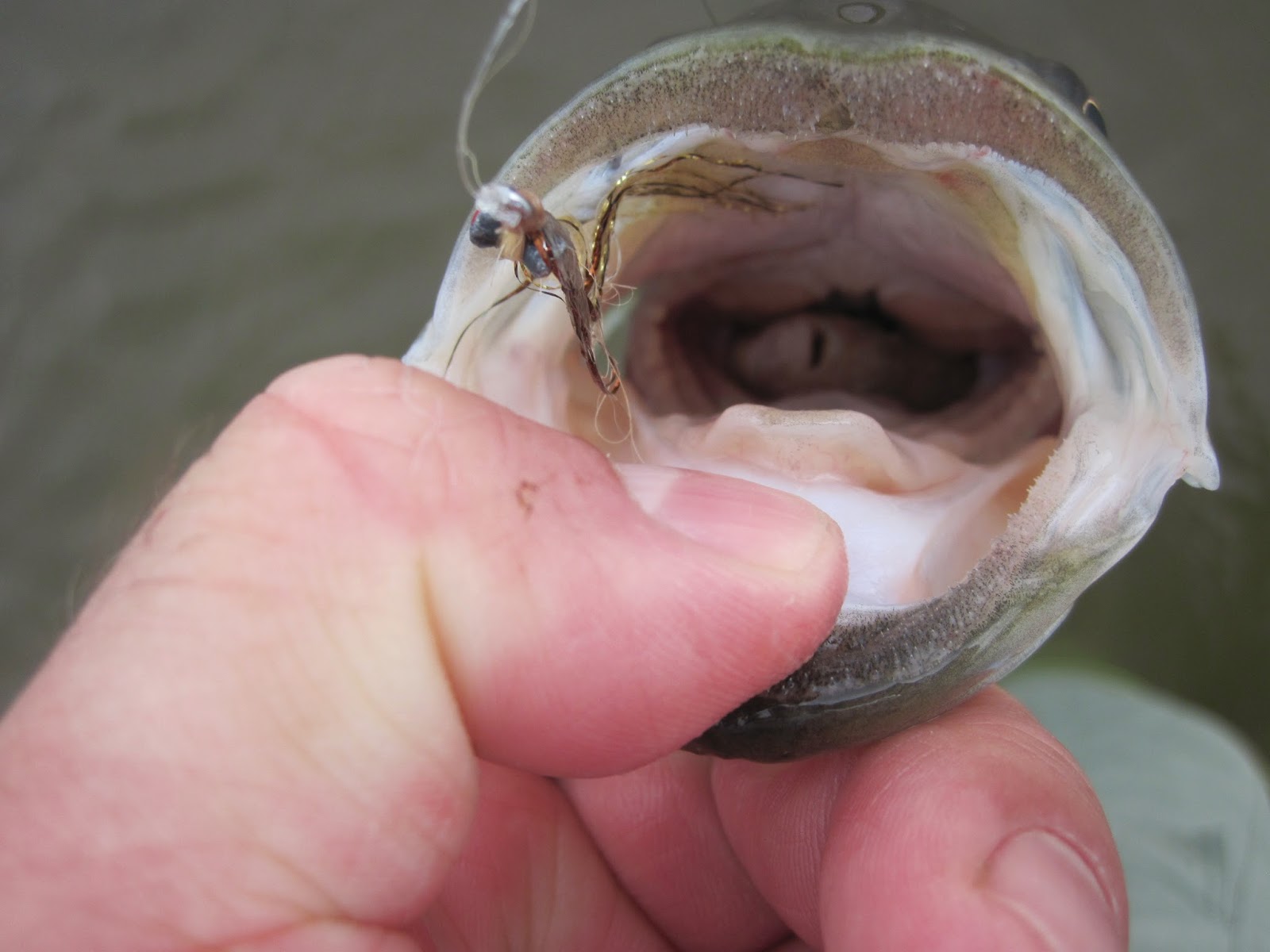 This spotted bass took the new fly, notice the
rain coming down. 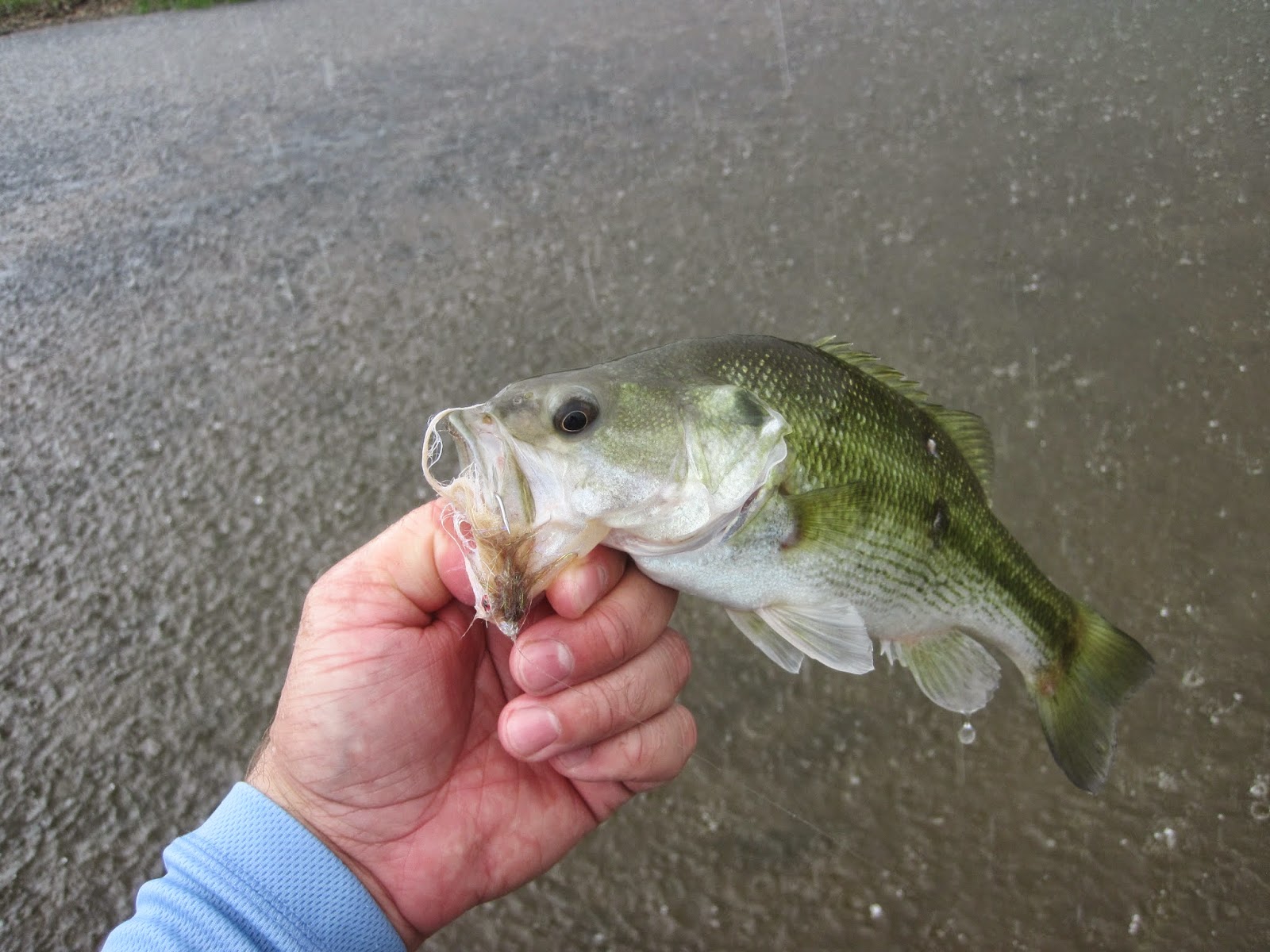 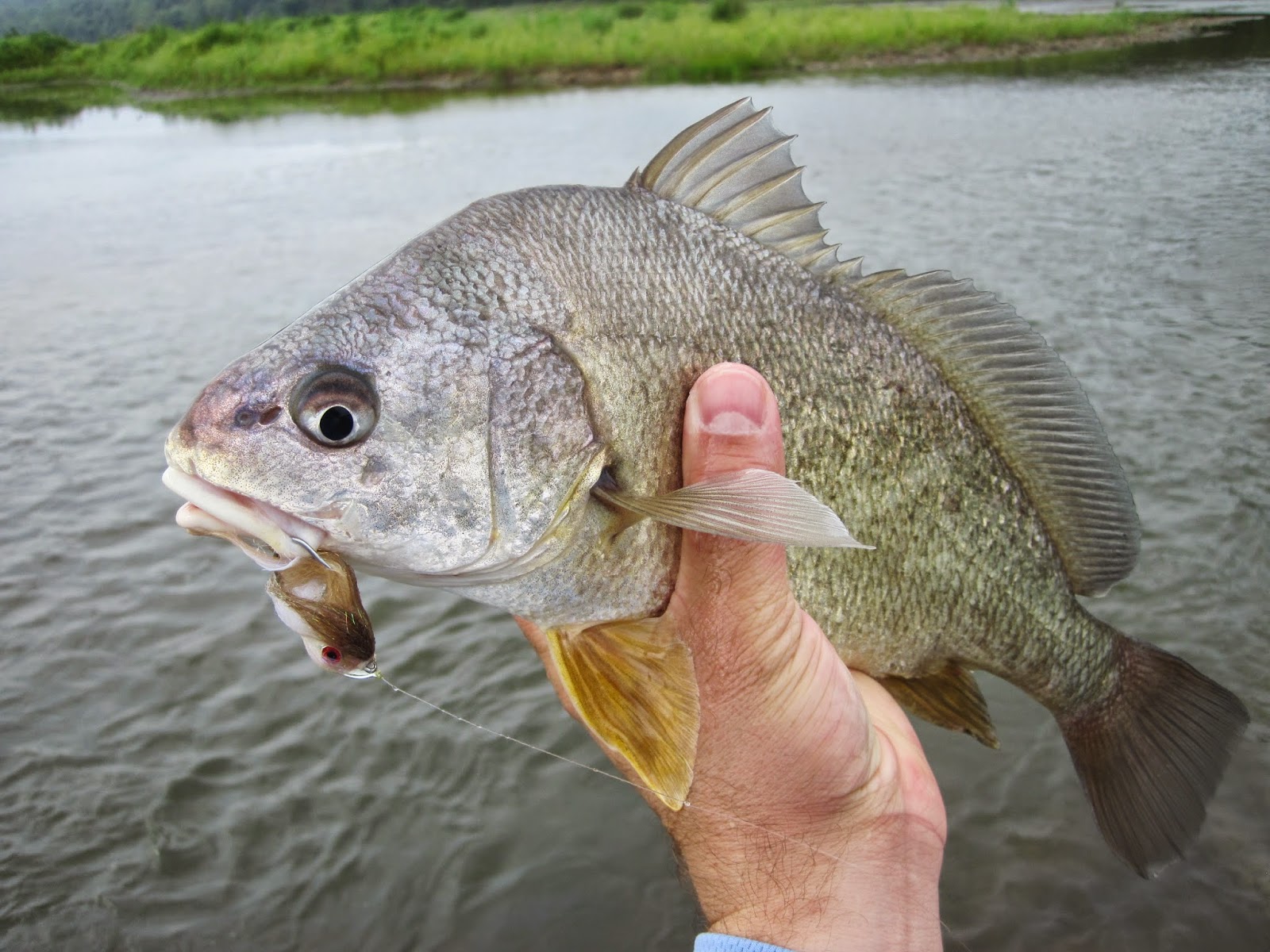