So I have to admit I normally don't have anything good to say about the creek I fished this morning. It is normally very crowded, and is always full of trash because there is a city dump just north of it. I haven't fished it in years because I don't really get any enjoyment out of fishing there due to the above mentioned. A buddy fished it earlier this week and did pretty good on the sandies, I had a few hours to spare this morning before I had to take care of some other responsibilities for the day and with this creek only being 15 minutes from the house I decided I would run over there and give it a try. We had a strong cold front move in last night so I figured the fishing would be slow. It took me an hour or so to figure out what the fish wanted but after that I was hooking up pretty consistently for the next hour. It was a cold morning for April standards here in Texas. So even though its not my favorite creek and I normally don't have anything good to say about  it, the fishing can be pretty good and the creek treated me well this morning. 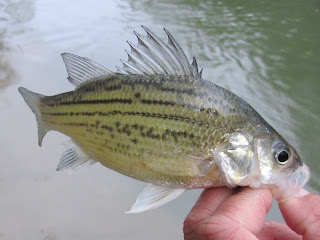 Mr Hybrid decided to show up 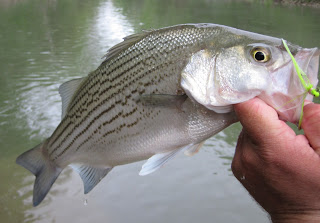 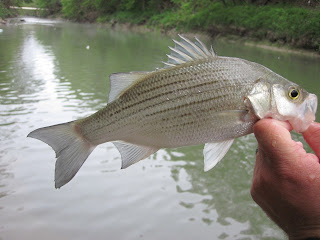