Making the Best of It

Drove over to a little creek that is up the street from me this afternoon. It is a great little creek that has been dammed off and creates a little pond that is full of big longears, greenies and copper nose bluegill. First cast I hooked up with a nice bass that broke me off when he buried himself in a weed bed. Within minutes a rain storm blew in, I continued fishing and caught some small green sunfish and then the incoming runoff was turning the pond to chocolate milk. I didn't bring any rain gear so I was soaking wet and decided this would be beating a dead horse to stay and fish. I went to another neighborhood pond that is right by my house and the water was still clear. This pond has lots of small bass in it and has a good population of hand size bluegill. It was still slightly raining so I decided to tie on a popper for the bass and ran a small wooly bugger for a dropper to get the gills. I caught a handful of small bass and lots of nice blue gills. No gillzillas but lots of nice fish that put a good bend in the 3 weight. As the evening approached I found a bed of blue gill and they were actively fanning and cleaning the beds getting ready for the females to move in and lay eggs. This is the first time I have seen bluegill actively make beds. You could see  4-5 mud clouds at a time on this little flat were the males were prepping the nest. I caught some beautiful fish but the clouds created some terrible glare so the pics didn't come out as good as I would have liked them. I'm going to hit this pond several more times this Memorial weekend so check the blog often for upcoming reports. In the mean time everyone have a great Memorial weekend.   Please thank a Vet, their families who sacrifice so much, and say a prayer for those that paid the ultimate price.

The rain moved in just minutes after arriving. 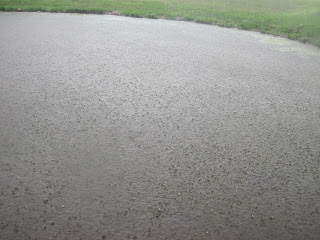 It didn't take long for the water to dirty up. 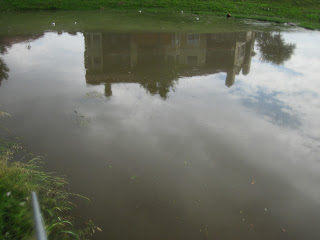 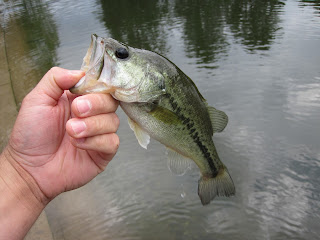 Gills on the dropper. 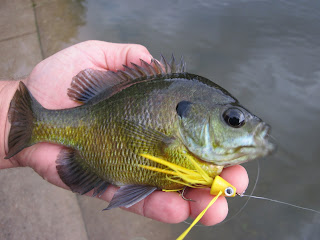 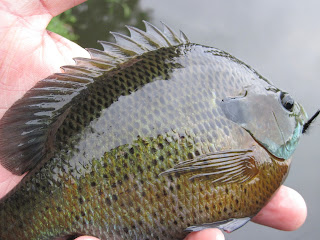 Love the blue on their chins. Still to much glare though. 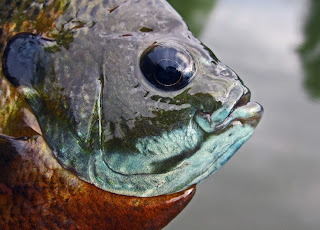