The full moon on the night of June 22nd will be the largest full moon of the year, as well as the closest the moon will come to our planet in all of 2013. At this point, the moon will be 221,824 miles away—30,000 miles closer than at its furthest point. The super moon can appear as much as 14% larger in the sky and 30% brighter than at minimum size and brightness. The closer the time of the full moon is to the time of perigee, the larger and brighter the moon will appear with this month’s full moon and perigee come within one hour of each other. The moon of this size and proximity will not come again until September of 2015.

I was loading up the kayak by 4:30am and headed to the creek. Getting on the water well before daylight to fish the super moon. I paddled to some beds that I fished in last Sundays posting. I got the kayak anchored up and started casting into the moonlit darkness. Within just a few cast I was hooking up with fish. Nice solid bullgills that were putting a nice bend in the 3wt. I hooked into something that was to much for the 3wt to turn and as it made its run to deeper water the hook pulled. The fishing was on fire, with solid gills coming to hand with every few cast. The catching continued till the sun got up good and then the fish started to shut down. I caught a few more over the next hour and then decided to call it a day and headed back to the house.


Lots of solid fish all morning. 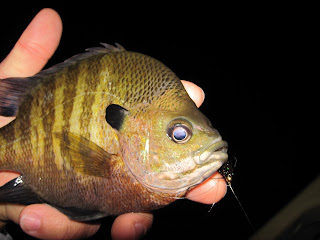 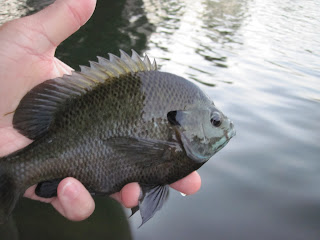 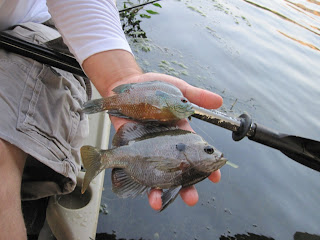 Lots of these guys bellowing before the sun
came up this morning. 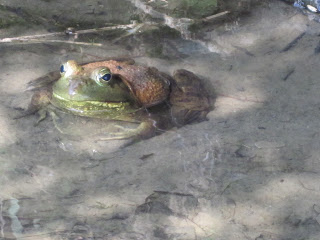