I fished with Scott Rowekamp and the fishing picked back up today. Early in the morning the fish where active but not really turned on. They would come up and hit our flies but not really take them. I had several nice fish, fish that would have probably been my best fish of the trip, come up and swipe my fly only to shake loose. Towards the end of the day the fish really turned on and we tore them up in a small slough off the main river.   A pike's head is covered with little holes or pores, containing sensors, which act in conjunction with the lateral line to pick up vibrations. Although pike are primarily sight feeders, they can also use their lateral line and head sensors to hone in on the vibrations sent out by prey. A blind pike can continue to not only survive but thrive making them truly efficient and adaptable predators. The tail area of a pike is quite unlike most other fish in that the dorsal fin, caudal fin and anal fin are all grouped together at the rear of the body. This cluster of fins gives massive thrust and allows tremendous straight-line acceleration, over a short distance from a standing start. This speed allows it to strike at prey from a considerable distance away. The speed of a pike has yet to be measured scientifically but observations have been made of large pike striking at up to roughly 60 mph!

Check out the holes/sensors on the top
of the pikes head. 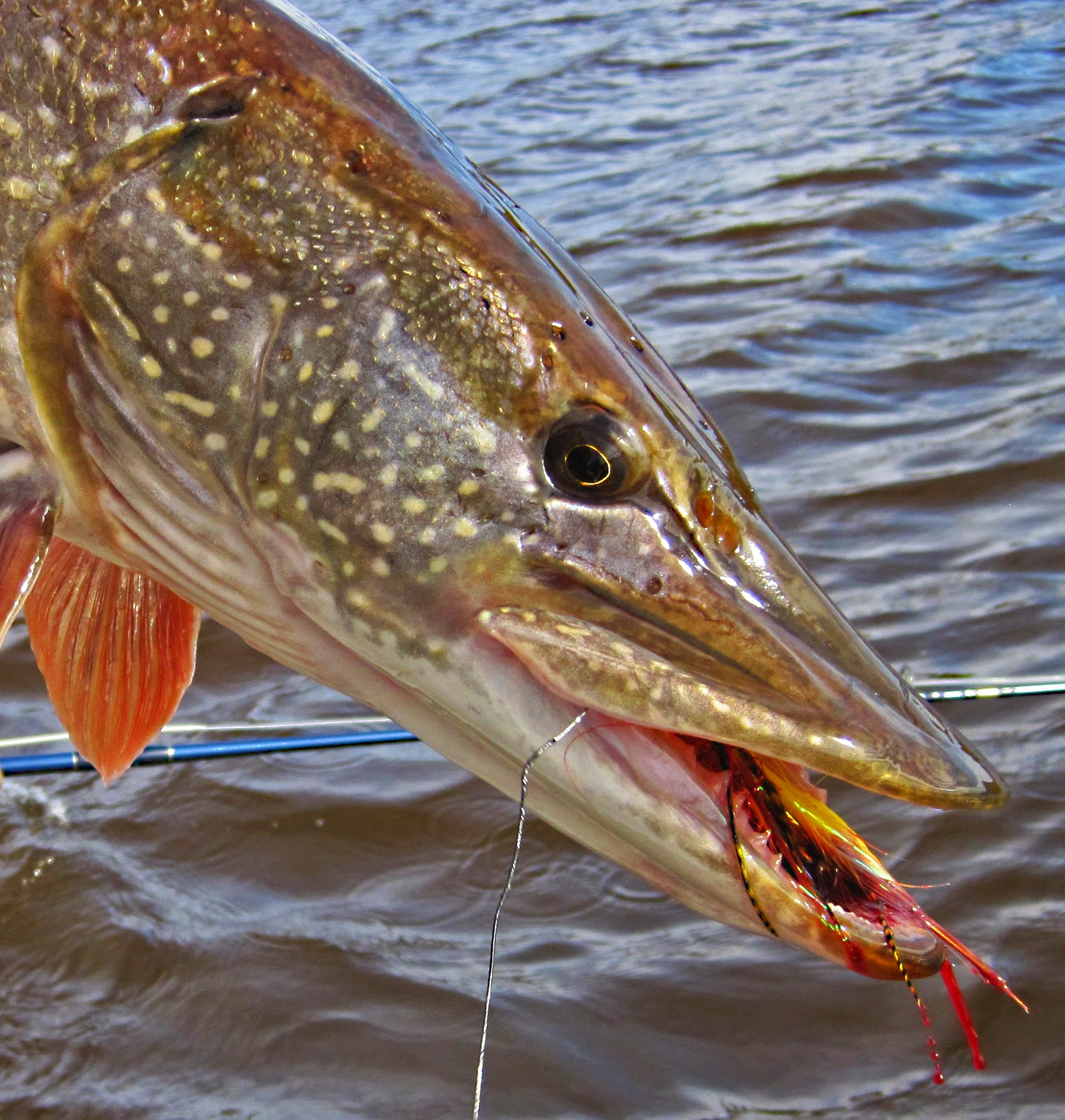 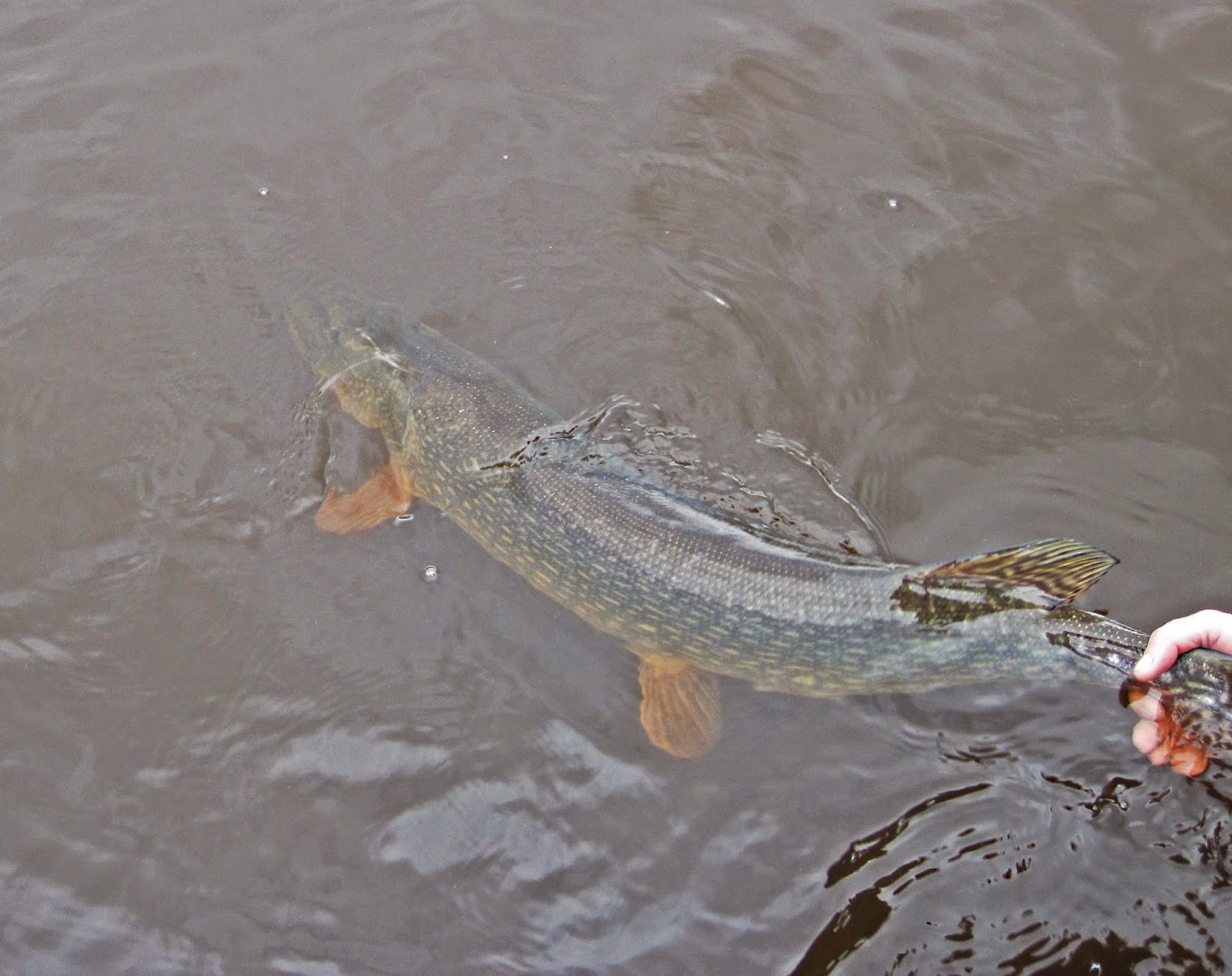 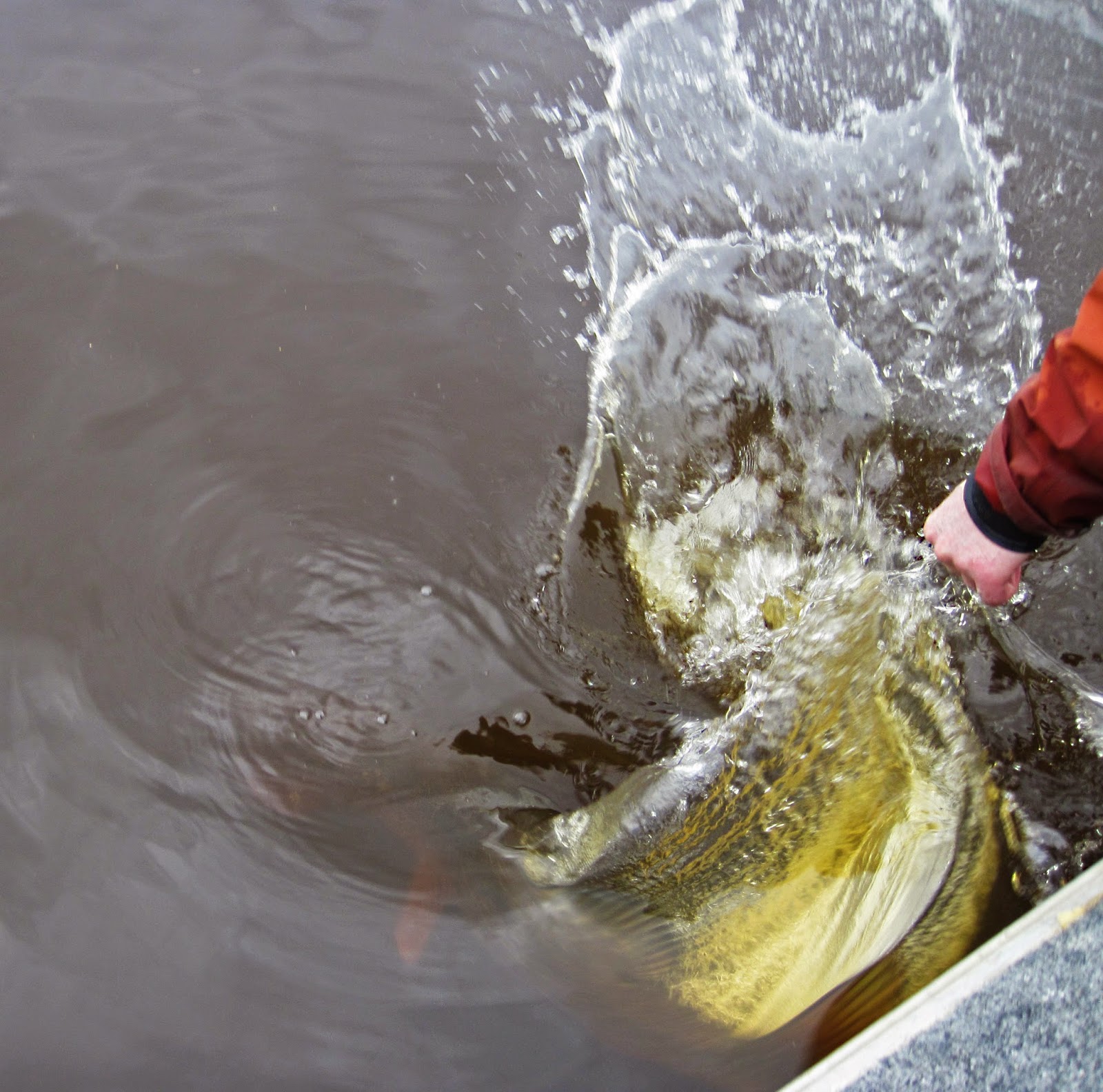 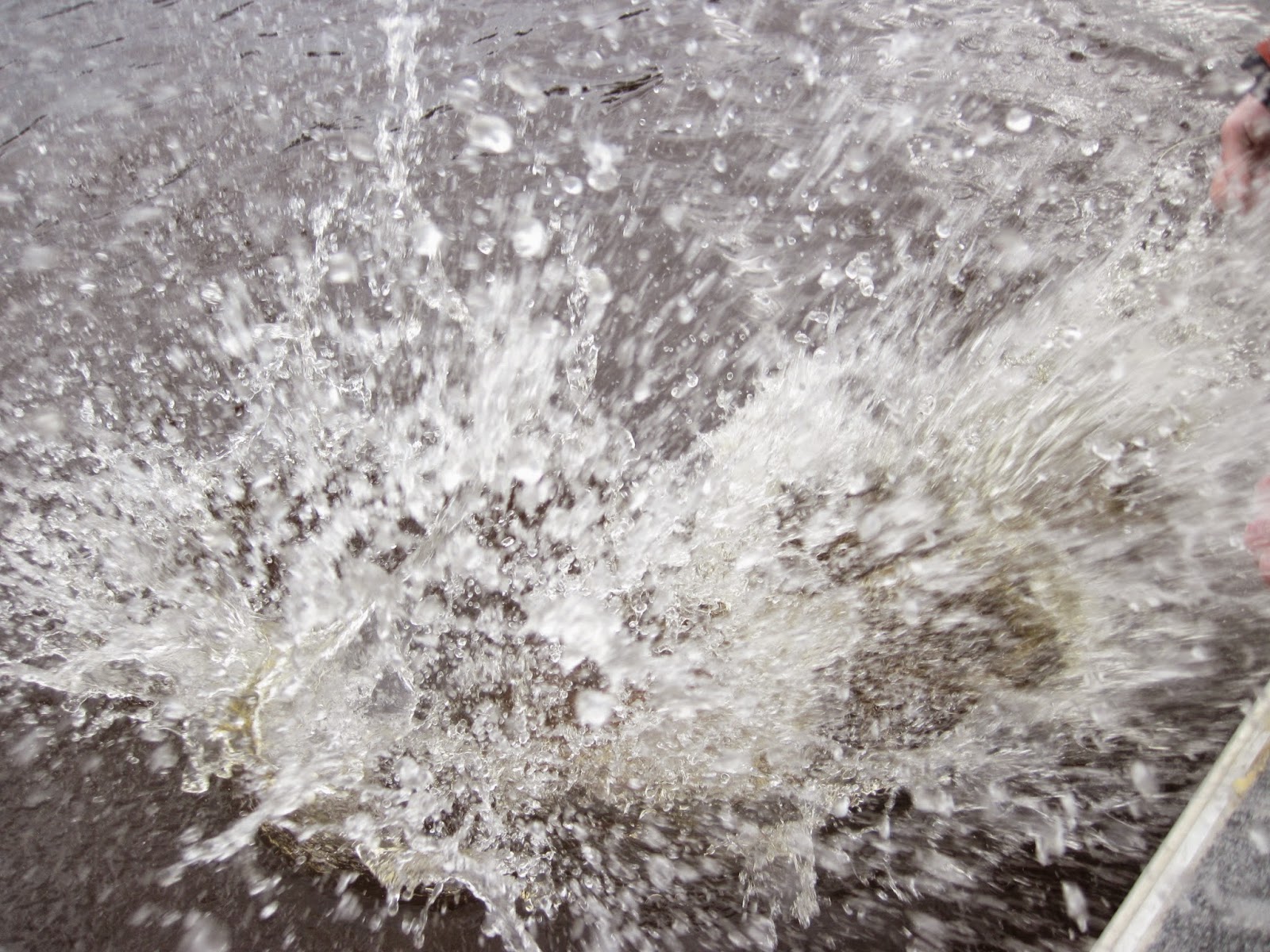 Scott with a nice fish he helped me land. 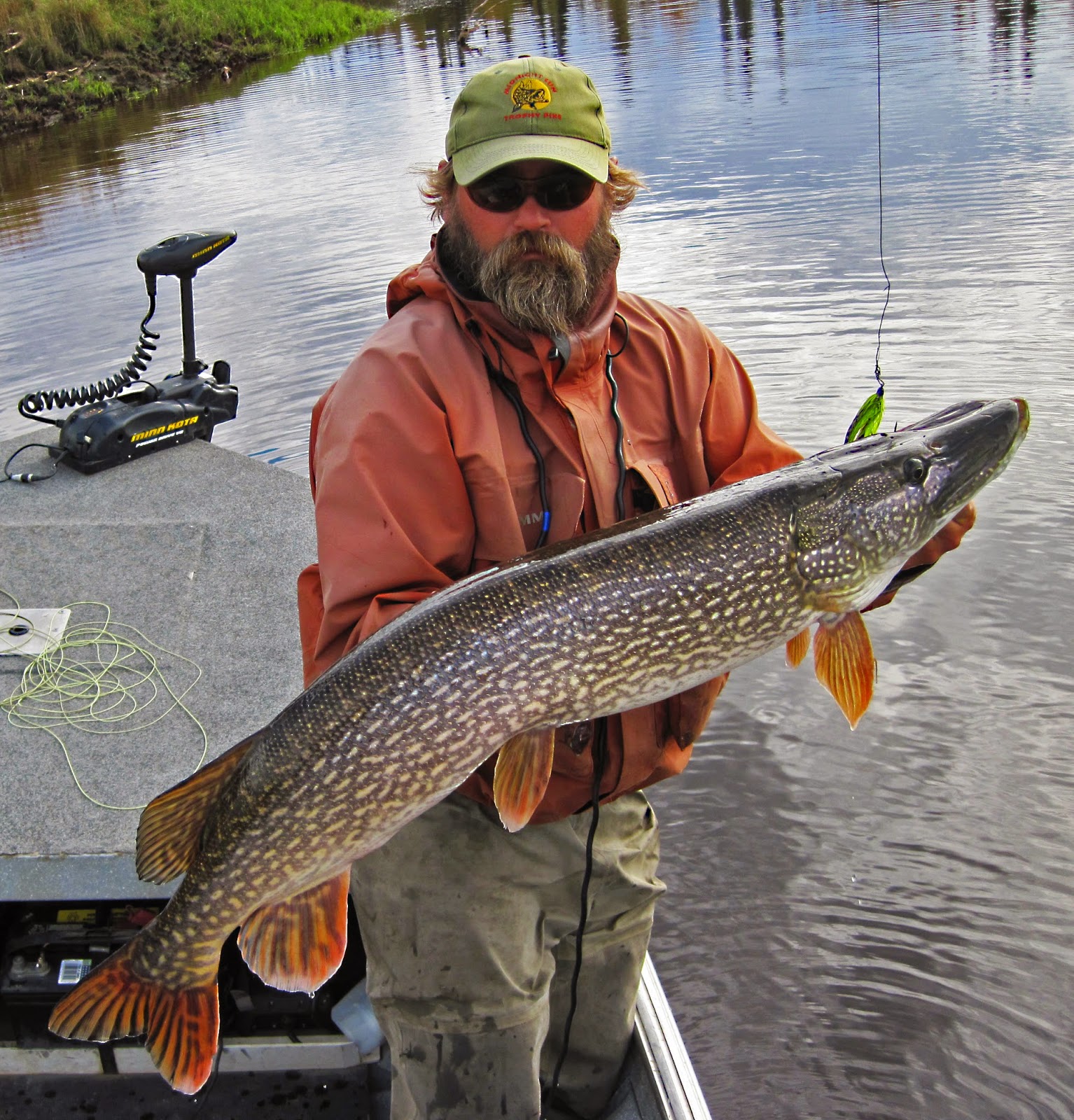 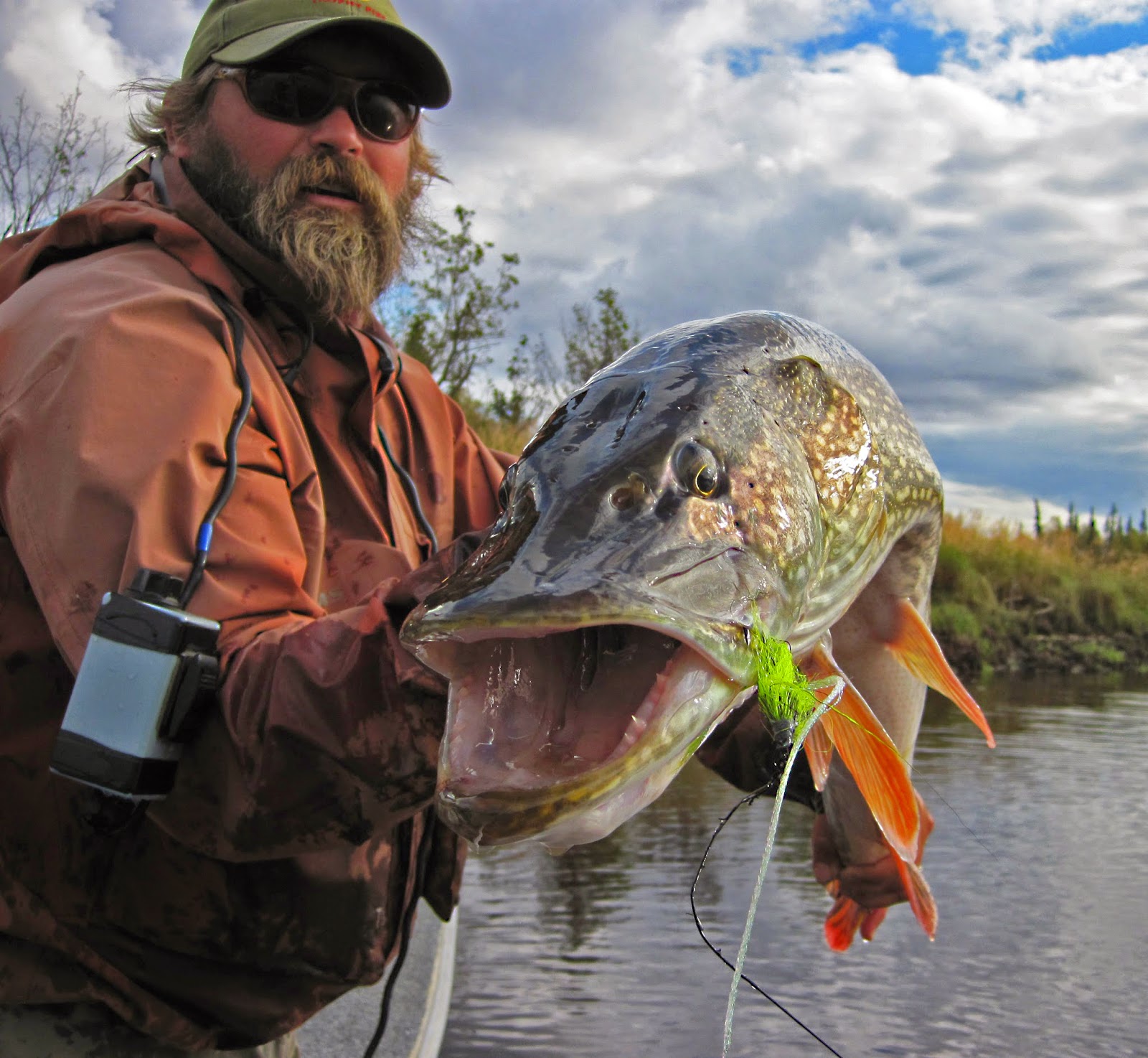