I've always wanted to go fish Alaska. Finding myself day dreaming of the salmon runs with trout, grayling and arctic char gorging on salmon eggs. Being able to witness thousands of salmon come into the rivers to spawn and complete their journey on this earth while nourishing the Alaskan wildlife for the hard brutal winter just around the corner. Stepping foot on America's last frontier to chase a passion of mine that runs as deep and wild as the Alaskan wilderness. Always thinking it would be trout and salmon I would be chasing when I finally made a trip to Alaska. I'm not sure when or really how I cam across Midnight Sun Trophy Pike Adventures. It was most likely a picture of a 50" pike that I came across and started researching more about Midnight Sun. It didn't take long for me to realize how special of a pike fishery they where in the middle of.

After numerous correspondence through email, speaking to Scott Rowekamp (head guide and owner) and having conversations with several very satisfied and repeat anglers that have fished with Midnight Sun. It didn't take long for me to be convinced this place is the real deal. They aren't just posting pics of a few of the biggest fish taken all season, fish in the 47-50+" range are being caught weekly. Midnight Sun is not about running as many anglers as they can through their camp, they don't operate like that. They are very protective over their fishery and realize how special of a fishery they have. They practice strict catch and release with single barbless hooks and take a maximum of 6 anglers per week. All leaders are hand tied by the guides to further reduce the risk of breaking fish off and having them swim around with a fly pierced to the inside of their mouth.

I booked my trip almost 2 years out. picking prime dates later in the season when the typically the biggest and fattest fish are caught. I knew it wasn't going to be a numbers game. Which is fine with me; I would rather catch a handful of nice fish that mean something to me then 100 cookie cutters one after another just so I can report some impressive number of fish. I normally book trips 6-9 months in advance to get prime dates, but booking a trip almost 2 years in advance was something new to me. Midnight sun books up very quickly which is testament to how good of an operation and fishery they have going.

I've never really tied any big pike flies. I started with the basic white bunny leach with a red collar. Then started researching online for some of the bigger stuff like  Brad Bohens "Hangtime" and Blane Chockletts "T-Bone". Learned to tie a couple other flies and put the best arsenal of  Pike flies I could think of together.

I used bucktail to give the fly a little more body
and push more water. 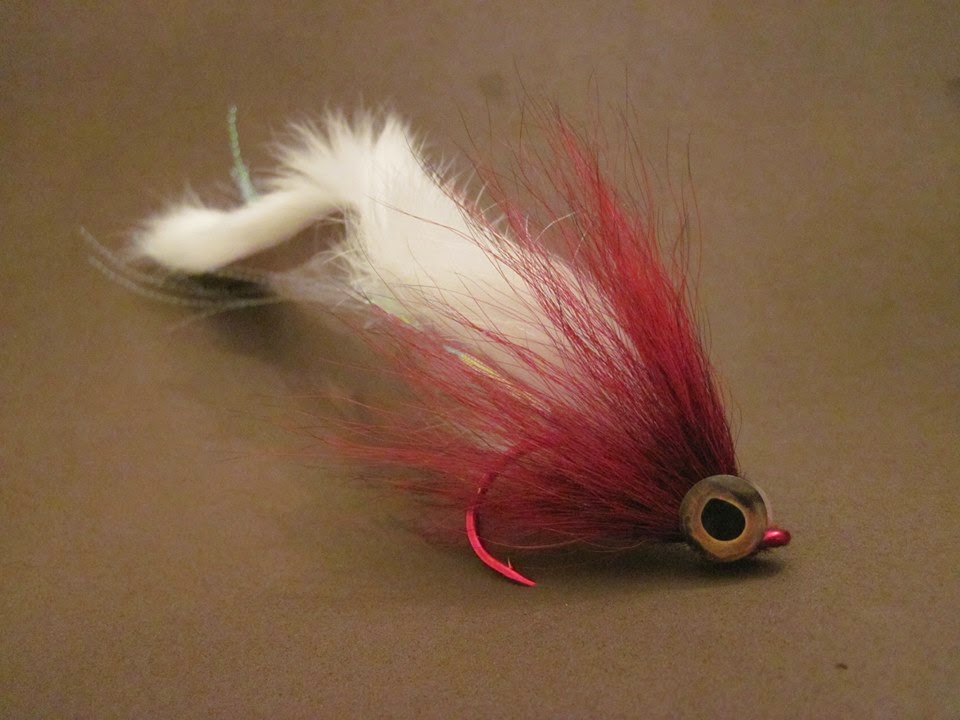 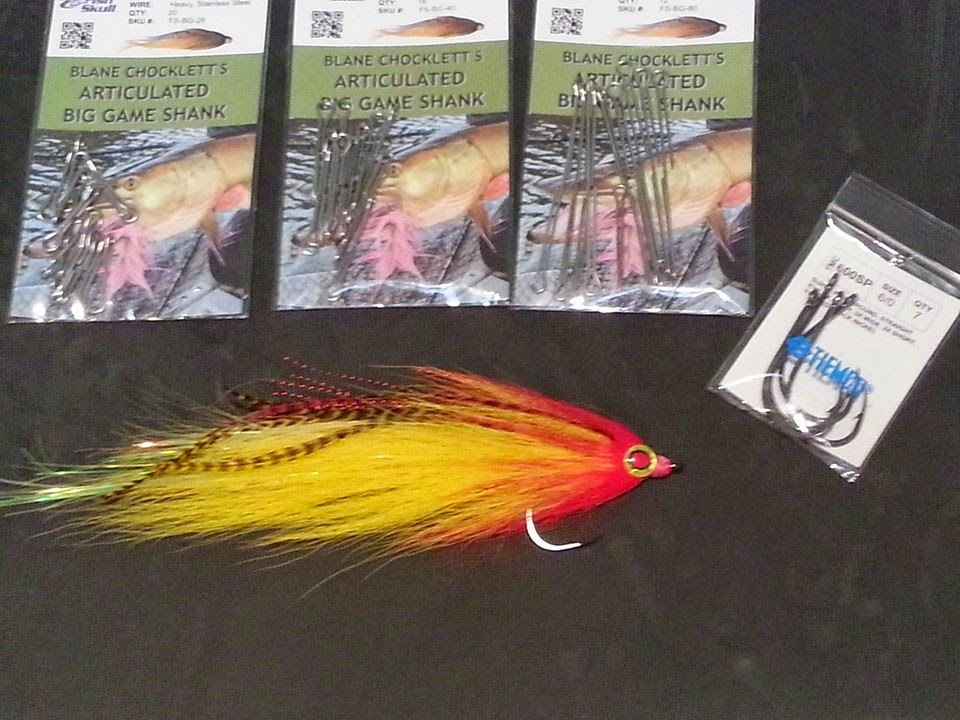 The majority of my flies where red and white.

Time goes by fast, especially when you add a baby in the mix. Before I knew it I was buying my plane tickets and getting final arrangements lined out. About 2-3 weeks out is when things really started to slow down, time started dragging on, I was staying up till after midnight because I couldn't stop thinking of finally going to Alaska. It was starting to become real. I was spending more time on the vice, especially late at night. Not so much to crank flies out for the trip, but more to make sure I had that perfect fly that was going to catch a fish I would never forget. As time marches on and I packed everything up the night before my departure I knew this was it and I can't add any more flies to the box and there was nothing else that could be done to aid in a successful trip. The bags where packed and I went over my packing list twice. If something was forgotten I would have to live the next week without it. This is it, I'm on my way to a trip of a lifetime.